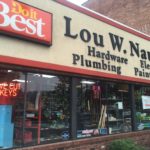 Lou W. Nau Inc., located on the corner of National Road and Edgington Lane in Wheeling, has been a staple in Ohio County for almost 100 years.

Current owner and president of the home improvement store, Jeff Nau, takes pride in knowing the business is thriving, while other companies over the years were not as fortunate. “We talk with the customers and they all have some sort of story about how they knew my dad or my grandfather. They claim to remember my grandfather (and) he started the store in the 1920s,” Nau said.

In addition to having customers that have been coming to the store for decades, he believes presenting more options and consistent upgrades to customers have kept them coming back and increased new prospective patrons. “A lot of people know we are plumbers and that we offer plumbing repair, heating, cooling and bathroom and kitchen remodeling,” said Nau.

The hardware section of the store opened less than five years ago and Nau makes a point of offering everyone that walks into his store an opportunity to get the best possible service. Nau’s family business offers home visits in an effort not only to get the job done, but to get it done properly.

“We are a family business and we take pride in what we do. We’ll help anyone (and) if they can’t do it, we will do it for them,” Nau said. The Lou W. Nau home improvement store will eventually be passed onto fourth-generation family members, Heather Gilot and Justin Nau, daughter and son of Jeff Nau.

Founder Lou Nau passed the business on to his son Richard Nau in 1952 after 32 years of running the business as a plumbing store.

Richard Nau brought in the retail aspect of the business, according to Jeff Nau.

Since 2000, Jeff Nau has owned the store and has expanded in many other ways, such as adding the hardware section. “We have had to work with what we have when we added hardware options, but it has worked for us,” said Nau.

Lou W. Nau Inc. offers hardware, electric, paint, tools and plumbing. Though the business continues to stay open to the public with family members running the day-to-day aspects, Jeff Nau and his children have strived to gain an education outside of the store.

“My son and daughter both went to college and my daughter was in the workforce using her degree for a while and then she came back here,” Jeff Nau said. He attended college in the 1990s and competed on the swim team.

He believes obtaining a higher education and working with his family have helped create a stronger sense of self and an increased opportunity of success in the store. “My favorite part about coming to work every day is solving problems. We take pride in our family business.” 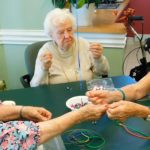 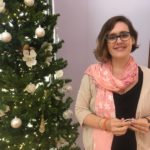 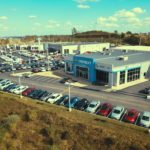 By JESSICA BROVERMAN Staff Writer DiCarlo’s Pizza located in Elm Grove is well known for being one of the ...