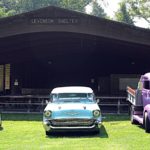 MARTINS FERRY– For most people, cars are simply a way to get to work, school or anywhere else. But for some enthusiasts, cars can become a hobby and a talking point that deserves a lot of time and attention.

Car collecting is a hobby that many people in America enjoy. All that it requires is the time, money and patience to put into the hobby. Car enthusiasts have a special passion for automobiles, no matter the form. Classic vehicles, muscle cars or strange and unique combinations — all have some appeal to enthusiasts who are eager to get under the hood and see what the car is can do.

Fregiato takes great pride in his vehicles, which have won international car shows. He publishes a column in two international car magazines, The Legend and Smoke Signals. Fregiato said one of his favorite parts of owning the cars is going to car shows with his family and just enjoying sharing his hobby with them.

People with a deep love for cars often go searching far and wide for a car that appeals to them. Sometimes, the car that calls to them may be in disrepair or poor shape, from years of neglect by someone who doesn’t have the time or resources to properly repair the vehicle. Hobbyists often don’t mind a neglected state of a car; for them, the project itself is a kind of reward, getting the chance to work on the car and build it up to its full potential.

Enthusiasts sink large amounts of time and money into the restoration of the car, making sure it has the required parts and equipment to bring it to its full glory.

“It’s an exciting hobby to restore the cars and get all the right parts for them,” Fregiato said, adding that a fully restored car can also be a lucrative investment for the owner.

Car hobbyists take a sense of pride from their restorations and purchases, and enjoy talking about their cars. This leads to people gathering in clubs to discuss their passions, such as the Ohio Valley Street Survivors in Martins Ferry. The club members gather to share ideas, talk about their vehicles, and simply be around other people who share their passion and enthusiasm for cars. The club also helps organize events where they can show off their prized vehicles, such as the annual Classic Car Show held at Oglebay Park. Sponsored by the Good Zoo, the car show is organized and coordinated by the Street Survivors club, which work together to bring dozens of cars and hundreds of spectators to Site One in Oglebay Park. The Oglebay event isn’t the only show in the area either. Car shows regularly are held in Moundsville and at The Highlands in Ohio County. A car show will also be held at the Ohio Valley Mall to help raise awareness and funds for area high school drug-free clubs. The car show is being organized by Fregiato, and is being sponsored by a number of area businesses. Seeing so many people come together with their hobby is a great sight for Fregiato, who said that anyone can get into the hobby of restoring and appreciating cars.

“It’s just a good group of people to know and be a part of,” Fregiato said. 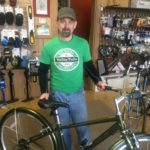 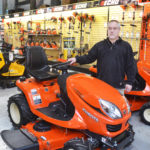 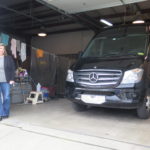 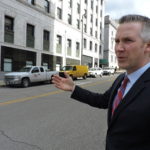 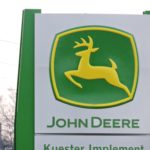