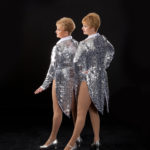 WHEELING — Two local personalities — each known for their longevity in their professional fields — will be honored as this year’s parade marshals for 2016 Perkins Restaurant & Bakery Fantasy in Lights Parade on Friday night in downtown Wheeling.

Toni Zeakes, who recently retired from a career in performing arts in Wheeling, and Howard Monroe, local on-air radio personality, will serve as grand marshals for the parade.

Zeakes is known for teaching students for 60 years at the Toni Zeakes Performing Arts Centre in Center Wheeling. Her successful dance and gymnastics studio and large ballroom have served the community well in providing an outlet for aspiring dancers and gymnists.

The Toni Zeakes Performing Arts Centre was formed when Zeakes began teaching her first class of 17 students while substituting for a teacher on maternity leave. When the class grew to more than 100 students by the time she was a senior in high school, Zeakes knew she had found her profession. The rest of the story is now in the history books as hundreds of her students have taken part in the annual holiday parades in Wheeling and surrounding communities.

Zeakes and her daughter, Soozie, have taught hundreds of youngsters the art of dance and gymnastics, jumping from one generation to the next. The annual Christmas parade in Wheeling always serves as a showcase for many of the center’s students.

Her dance studio was selected the Intelligencer/Wheeling News-Register Readers’ Choice Award for best dance studio 28 times. She won an Entrepreneur of the Year award in West Virginia and, in 2004, a Ronald Reagan Republican Gold Medal Award for her contributions to the performing arts. The city of Wheeling declared Toni Zeakes Day in 2005 to makr her 50 years teaching dance, and 2015 on her 60th anniversary.

In August, Zeakes turned over her business to 26-year-old Megan Campbell, who renamed it Studio MC Performing Arts Centre. It is located in the Centre Market area of the city.

Howard Monroe is best known as host of radio and television shows in the Wheeling area dating back to 1968. He’s also been a DJ, reporter, newscaster, news manager, program director, station manager and station owner.

A lifelong resident of Wheeling, Monroe fraduated from Triadelphia High School and West Virginia University with a degree in communications.

While he was in high school, Monroe and some other local students started several public affairs broadcasts including Teenline: Teens Talking Teen Topics on WOMP-AM, Mind Over Music on WKWK-AM, and It’s Your Bag a cable TV show on the Wheeling Antenna Company’s (WACO) public access channel.

While attending WVU, he worked weekends as a disc jockey at WOMP AM/FM where he landed after graduation as a news reporter and eventually as news director, program director and talk show host.

He spent a year at WTRF-TV as assignments editor and assistant news director before heading back to his first love of radio and hosting local talk shows. Eventually he purchased AM1370 in Moundsville and was the sole owner of that station for about 15 years.

Four years ago, he sold the station to RCK1 group where now is the morning talk host on AM1600 WKKX and AM1370 WVLY. He also says he is “the old guy who hangs around and offers advice–some of which they take.”

He has been named three times as “One of the Most Important Talk Hosts in America” by Talkers magazine, and in 2016 was inducted into the West Virginia Broadcasters Hall of Fame.

Monroe also was the director of broadcasting at West Liberty University where he oversaw some of the operations of their TV station, WLU-TV. He still occasionally hosts Election Night results and other programs on that station.

He has been a long-time member of the Wheeling Planning Commission including two stints as chairman. He also is a member of Wheeling Rotary and an active elder at Vance Presbyterian Church.

Nutcrackers to Usher in Holidays

Steubenville — Nutcrackers — a staple of every Christmas holiday season — will be a fun addition to this ... 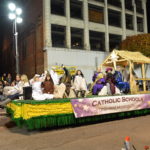 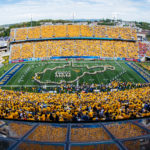 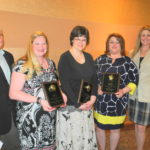 Teachers of the Year Have Place of Honor in Parade 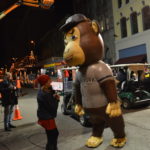 New Zooperstars Will Entertain During Parade 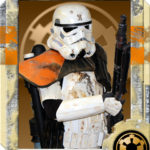