Ohio Valley’s Dirty Jobs: Someone’s Got to Do Them 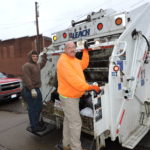 Those are just a few of the dirty jobs — sewage/street department worker, sanitation worker and police, respectively — done by men and women across the Ohio Valley. Much like the “Faith No More” song notes, “It’s a dirty job but someone’s got to do it.” And that’s exactly what these hard-working people do to serve their fellow residents and also keep food on their own families’ tables.

Martins Ferry City Service Director Chris Cleary said many of the city’s departments have workers who must do dirty jobs on a daily basis — including sewer and sanitation workers.

“The sewer guys are the worst in terms of what they have to face. They are working on sanitary sewers and manholes. … Every time there is a sewer problem they are usually digging up a line or vacuuming out a manhole,” Cleary said. “I think people take for granted that when they flush the toilet it goes away — sometimes it doesn’t. … The workers make sure it goes in the right direction.”

Sanitation workers, he added, often are faced with more than the average household garbage to collect.

“The sanitation workers, what they face — I give them all the credit in the world. They have a very tough job. There is a lot of lifting and walking. Some of the things people throw away are unbelievable — I wonder what they are thinking. They have found human feces in garbage cans — it’s something. They have to battle rats and raccoons,” Cleary said.

The heat of the summer also can add to the dirtiness of the jobs, but the cold of winter is no picnic either.

“In the winter being on the back of a packer is a tough place to be,” he added.

Even the police, firefighters, code administrator and medics must deal with situations involving homes where people are living in deplorable living conditions.

“The employees and volunteers who work for the city, they only see the problems and are trying to create solutions. They don’t get to see the best side of town every day,” Cleary noted.

At the East Ohio Regional Wastewater Authority, which is where sanitary water is treated, Executive Director Valerie Moore said the collection and treatment of sewage can be a dirty job, but the authority has guidelines in place regarding spills and its workers.

For example, if a pipe breaks and a worker gets sprayed they are required to shower and put on clean clothes as soon as the situation is under control.

“Things do happen — pipes can break, they can get covered in sludge,” Moore said. “The bottom line is if something breaks, someone has to fix it. Any dirty job, whether you’re dealing with sludge or not, you have to have a good safety program for your employees.”

The authority also has a uniform program that allows workers to leave their soiled clothes at the plant to be washed by an outside vendor. The last 20 minutes of their shifts are also dedicated to allowing them to shower before they go home.

“There are times when they might not have time to do it, but it is afforded to them. … It’s part of the union contract, about the uniform and shower. But to me it’s just common sense,” she said. 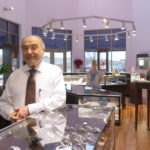 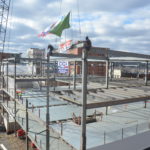 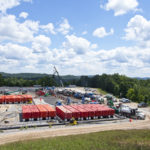 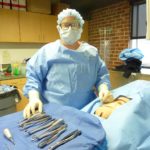 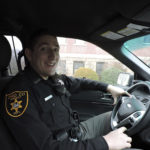