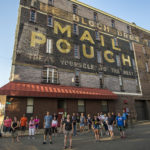 Finding a group to hang out with isn’t as difficult as it used to be.

That’s because apps such as Facebook, Meetup and Instagram have become hubs of some of the latest and most active social groups in the Ohio Valley. Group contacts, calendars and activities can be accessed easily from a computer or smartphone.

In recent years, many such groups have organized online. Among the fastest-growing are Ohio Valley Social Peeps, a social group that sets its schedule through Meetup.com; Wheeling Shooters, a group of photo or snapshot enthusiasts that meets once per season and coordinates through Facebook and Instagram; a local chapter of Team RWB on Facebook, and Wheeling Young Preservationists with a website: wheelingyoungpreservationists.com, and a Facebook page to its credit.

Meet Up with a Group

Ohio Valley Social Peeps is among the newest, fastest-growing social groups in the Ohio Valley with more than 200 members joining its first four months.

“Ohio Valley Social Peeps was created (in September) by two co-workers who found that it was difficult to get out and meet new people,” said Nicole Fletcher, referring to herself and Nancy Everly, co-organizers.

This group organizes its events through the calendar and messaging features of Meetup.com, and welcomes every adult, whether outgoing or reserved, married or single, new to the area or born-and-raised, and those hailing from anywhere in the Ohio Valley — from Wheeling to St. Clairsville and beyond. “There are a wide variety of events to accommodate all members of the group,” Fletcher said.

Nearly each week of any given month, this group comes up with some event to do: from weekly trivia nights at Primanti Brothers in Wheeling to volunteering at the Soup Kitchen of Greater Wheeling, it’s a group of friendly members who want to get out together to enjoy sporting events, festivals, bowling, cards, socializing at local bars, gathering for live musice, theater and more, Fletcher said.

Last month, in January, the group met for several trivia nights on Thursdays at Primanti Brothers, and for improv night at Towngate Theater, followed by gathering at Wheeling Brewing Company.

Usually, about 10 to 16 members, although not all the same members, attend each event. They’ve had 25 events so far.

To join the group, visit Meetup.com, and search for the name of the group: Ohio Valley Social Peeps.

Also on Meetup.com are groups for a variety of interests, including socializing in the Pittsburgh area.

If being physically active and patriotic are priorities, there’s Team RWB Wheeling (RWB stands for Red, White and Blue), a local chapter of a national, nonprofit organization that gathers for social and athletic activities.

The local chapter is new, but it’s a team that already has more than 100 members who are a patriotic blend of civilians and veterans from throughout the tri-state area, led by Nicole Bowman-Layton and Christine “Elle” Artman.

“The group brings the community together to enrich veterans’ lives through social and athletic activities and community service,” Bowman-Layton said. “Our goal is to help veterans get back into the community after serving. Anyone can join — civilians and veterans.”

To become an official member of the group, visit http://teamrwb.org/. To keep updated on activities of the local chapter and its members, known as the Eagles, join its Facebook page, “Team RWB Wheeling.”

A good way to check out the group is to attend an activity, Bowman-Layton said.

For example, some members of the group meet at 9 a.m. each Monday morning — this winter at WesBanco Arena, where they’ll walk and run indoors, at your own pace and distance.

Some members also meet at 5:30 p.m. Wednesdays at the track at Wheeling Jesuit University. And the group holds monthly socials, and more.

Photography enthusiasts, whether they use a camera, smartphone or tablet, are invited each season to meet with the group to photograph a particular part of Wheeling, learn some new photography techniques, and do a little socializing along the way.

From those submissions on Instagram, group leader Andrew Croft and others select photos to feature on their Facebook page: Wheeling_Shooters.

The next Instameet will be scheduled some time this spring, Croft said. That event will be posted later on the group’s Facebook page.

Wheeling Young preservationists began in October 2012 for people who share a specific interest: The historic architecture, places and features of Wheeling.

The group’s goal is to preserve “the history, culture and buildings of Wheeling and the Greater Ohio Valley,” according to its Facebook page. It’s a group welcoming members of any age who have a heart for the history of our city.

Members gather for events, tours, to attend presentations and for hands-on preservation activities. 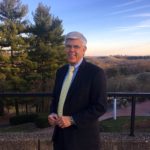 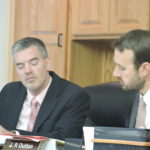 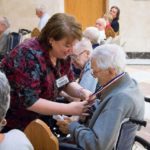 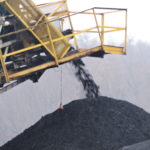 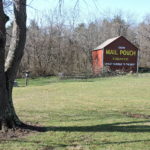