(AP) — Four years is a long time to wait for a second chance. For some, the chance for golden redemption has been much longer.

The United States women’s hockey team has not won Olympic gold since the sport was added in 1998. The Americans have since watched Canada take home four straight gold medals.

The drought has hurt most since 2014, when the Americans blew a 2-0 lead in the gold medal game and had the puck clank off the post, just missing an empty-net goal before Canada tied it with 54.6 seconds left in regulation. Marie-Philip Poulin scored again for a 3-2 overtime win, keeping the gold medal with the country that created the sport.

The Americans have won four straight world championships, the last in overtime last April in Michigan. Yet Canada just doesn’t lose in the Olympics. The world’s dominant hockey powers meet in pool play Feb. 15 in a game scheduled so North America can watch at 10:10 p.m. EST on Feb. 14. If the Pyeongchang Games go as four of the past five Olympics have, they will meet again Feb. 22 with gold at stake once more.

The edge in net goes to Canada: goaltender Shannon Szabados is going for her third gold and Genevieve Lacasse won her first in 2014. Lacasse also had the only shutout during the US-Canada exhibition tour .

“Shannon brings a calmness to our team, for sure,” Schuler said. “She’s a big physical presence in the net, and obviously has a great history.” The Americans are bringing a trio of goalies making their Olympic debuts in Alex Rigsby, Nicole Hensley and Maddie Rooney. Stauber played goalie himself and was the goaltender coach before being named head coach last May. “We have trust in every single one of them, no matter who’s in net,” said defenseman Kacey Bellamy. 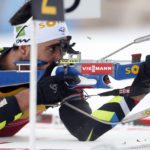 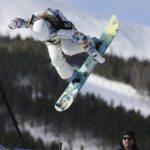 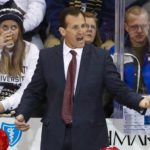 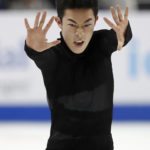 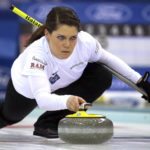