WHEELING — The seeds that sowed the future for an educated America in 1862 stemmed into a bounty of state colleges and universities across the nation. And for a future state called “West Virginia,” the result was West Virginia University.

WVU, established in 1867, celebrates its 150th birthday this year. The school is one of 76 land-grant institutions in America created through the passage of the federal Morrill Act of 1862.

The legislation gave each state 30,000 acres of land for each of its members in Congress for the purpose of funding the establishment of institutions of higher learning within its borders. In return, these schools are required to provide agricultural and mechanical education, and offer courses in military techniques.

Passed during the Civil War, the Morrill Act also would help in establishing a culture and future for West Virginia, which became a state in 1863.

“The Morrill Act is perhaps the most important piece of legislation ever enacted in the United States,” said WVU President E. Gordon Gee. “At a time when the country was engaged in a civil war, this legislation changed the scope of higher education from one only the elite could acquire, putting it within reach of almost everyone. This has led to a more educated populace, which in turn has spurred the growth of this nation since the Civil War. It has been the foundation of innovation, growth and prosperity from the beginning.”

The Morrill Act not only helped in educating Americans, but also assisted in making sure a country that was becoming more industrialized had access to needed food on a daily basis, according to Gee.

“This enabled the creation of the great food production that this nation still enjoys,” he said. “In other words, the establishment of agricultural schools was crucial in enabling the United States to become the world’s bread basket. Much of this growth would not have been possible without the scientific advances agricultural schools have provided.”

The Davis College of Agriculture, Natural Resources and Design at WVU today boasts an enrollment of 2,006 students, according to information provided by the school. And the majority of these students come from outside West Virginia, as the college lists a total of 825 in-state residents enrolled, and 1,181 non-resident students. 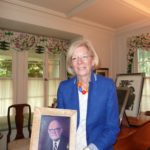 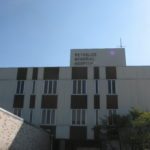 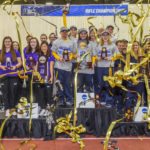 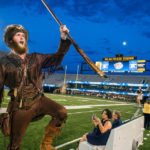