Shut that **** door! Do you want the whole insect world coming in the house? Do you remember your parents screaming that to you and your siblings? We must have heard it thousands of times between spring and fall.

Summertime posed a problem for keeping doors closed. Without air conditioning, the front and back doors were equipped with screens to create a flow of air through the house. We had transoms over many of the inside doors, including the bedrooms, that also were designed to circulate air.

I’m not sure they served that purpose as much as they were for eavesdropping on other family members.

The only problem was that during some years, summer weather was that kind of heavy, sticky air that did not include useful breezes. Only when a thunderstorm struck did the air move and temperatures drop.

Then you had to run and close the doors and windows to keep the rain out. Kids today have no clue how easy life is in their temperature-controlled, seal-wrapped homes and schools.

Open doors were the norm among most of my friends’ homes. When families left their front doors ajar, it served as an informal welcome. If doors were closed, it most likely meant that someone’s baby was sleeping or grandma was napping.

Sometimes it meant that kids got into some mischief and were being “kept inside” as punishment. You were wise to know when to knock and when to tiptoe back off the porch.

The custom of leaving front doors open (with the screen door firmly in place) also suggested there was a sense of trust among neighbors. Many of them rarely locked their doors.

Maybe the storm door latch was secured at evening’s end, but the heavy front door was left open.

A walk past any open kitchen door would provide a hint about tonight’s dinner menu. Seems to me Mondays were pretty much reserved for spaghetti and meatballs judging by the heavy scent of tomato sauce cooking on stoves.

As night fell, the soft glow of lamps would light the doorways, giving passersby a glimpse into each home’s inner workings.

Was Dad sitting in his favorite chair, “resting his eyes “as he finished the nightly paper? Was Mom wiping the last crumbs from the dining table?

When the evening progressed, sleepy children fresh from a cool bath lined the couch as they tried to stay awake to watch a favorite tv show.

A slight scratching noise could be heard at the front door. Someone forgot to let the dog in. It’s time to close up the house for the night — or not. You decide.

Heather Ziegler can be reached via email at hziegler@theintelligencer.net.

DEAR ABBY: About 40 years ago, I did someone an injustice, and I have felt guilty ever since. I worked for a ...

If Atrial Fibrillation Is On and Off, Why Are Meds Full Time?

DEAR DR. ROACH: Considering things I’ve heard on the news regarding the accuracy of the COVID-19 tests for both ...

DEAR ABBY: I married “Darius” two years ago. I have had problems with my brother-in-law ever since Darius and I ... 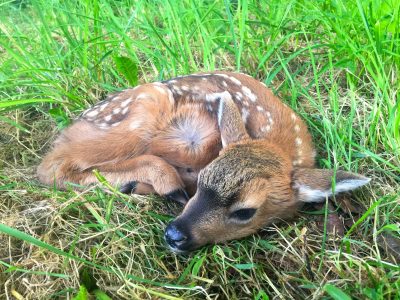 Dear Readers: Want to do something a little different for guests when you’re serving them coffee? Try my ...