‘E.T.’ to Be Shown at Towngate 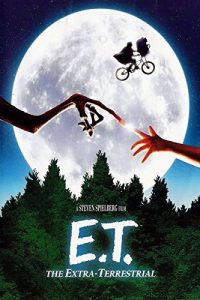 WHEELING — Thirty-seven years ago, a little lost alien, 3 million light years from home, wandered into the life of a lonely young boy and into the hearts of moviegoers around the world. “E.T. The Extra-Terrestrial” finds his way to the Towngate Theatre big screen at 7:30 p.m. Nov. 29.

The film screening is part of Towngate’s popular Dinner and A Movie film series.

The much-loved sci-fi fantasy by Steven Spielberg tells the story of a space alien who befriends a young California boy (Henry Thomas) while stranded on Earth during a routine mission. Elliott and his siblings Gertie (Drew Barrymore) and Michael (Robert MacNaughton) try to help E.T. return to his home planet, while attempting to keep him hidden from the government.

There is a cost.