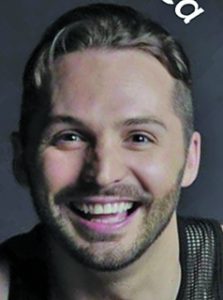 NEW YORK CITY — After much support from fans, especially in the Ohio Valley, Wheeling native Justin Mise has won the Vox Pop Award for the 18th annual Independent Music Awards. The award is in the Dance/Electronica Category for the song “Take a Piece.”

He sends a special message of thanks to supporters from the Ohio Valley “for all the love” and hopes he has made his hometown proud.

Mise can be streamed through Apple Music, Spotify, and YouTube. His team at Sweetness Productions consists of Heather Holley, famous for helping to launch Christina Aguilera, and three-time, Emmy- nominated Stefan Bredereck.