New ‘Jumanji’ Sticks With the Formula and Just Adds to It 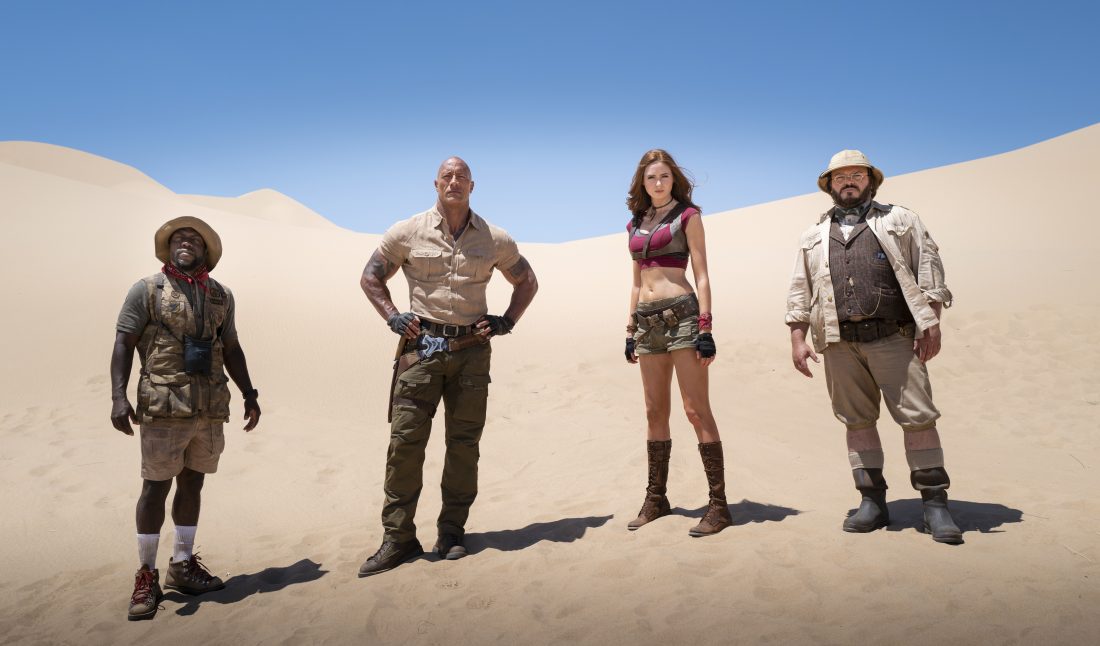 This image released by Sony shows Kevin Hart, from left, Dwayne Johnson, Karen Gillan and Jack Black in a scene from “Jumanji: The Next Level.”

The creators of the latest “Jumanji” sequel have begun from an age-old premise — if it ain’t broke, don’t fix it. And they’ve taken note of other successful franchises to adopt what must surely be a new Hollywood motto — just add more.

So “Jumanji: The Next Level” brings together the same director, writers and actors who made the 2017 reboot so fun and then layers in more stars — Danny Glover, Danny DeVito and Awkwafina — plus more locations and special effects. The result is a largely successful, if more unbalanced ride. It’s also oddly wistful and melancholic.

The new film starts off like the first, with four mismatched young people gathering together. In the 2017 “Breakfast Club”-like setup, the four high schoolers — a jock, a self-conscious dweeb, a popular girl and a nerdy girl — are sent to detention, where they get sucked into a Nintendo-esque video game. There, in a jungle setting, they transform into avatars played by Dwayne Johnson, Kevin Hart, Jack Black and Karen Gillan.

Everyone’s identity is scrambled: The nerdy girl is hot and in teeny-weenie shorts, the hot girl is a pudgy middle aged man, the insecure guy is The Rock and the football player is now pint-sized — and they all have to go through the stages of learning to accept their new bodies, talents and shortcomings. Success in the game refreshes them in real life to be better version of themselves.

“Jumanji: The Next Level” follows this same premise but re-scrambles it. Glover and DeVito, playing two estranged friends, also get pulled into the game, and everyone has a new avatar.

Now The Rock employs both a honking Noo Yawk accent and an elderly man’s befuddlement at what’s happening since he’s controlled by DeVito. Meanwhile, Glover gets handed Hart. “Did I die and turn into some small, muscular Boy Scout?” he asks.

Director and co-writer Jake Kasdan’s addition of two older acting legends — DeVito is 75 and Glover is 73 — to a youth-oriented, big budget action franchise is unexpected and leads to some clever humor. When The Rock marvels that his eyes are a different color in the game, Hart cracks: “All of you is a different color.”

The plot is insane, as you might expect from an adventure video game quest, and takes our ragtag group from arid deserts to snowy mountains in search of a jewel that will restore the natural order. There are elements borrowed from “Mad Max,” “Raiders of the Lost Ark” and “The Lord of the Rings.” Kasdan has a deft hand with both humor and action plus he’s a great craftsman, nicely handling plot details and returning roles by Nick Jonas and Colin Hanks. (And kudos for adding a cameo from Bebe Neuwirth, who appeared in the first “Jumanji” movie with Robin Williams.)

The things that made the first so fun — the dangerous use of cake, dance fighting to Peter Frampton and The Rock’s deployment of his avatar’s smoldering intensity — are dutifully repeated.

Herds of angry ostriches and mandrills are added for danger, even though the special effects are hardly seamless, often looking jerky and manipulated at key moments.

The plot or effects really aren’t the most interesting part anyway. It’s the body-swapping! And there are so many in “The Next Level” that it’s hard to keep track. None of the actors — with the possible exception of Awkwafina — are terribly good mimics so things get a bit muddled.

The wistfulness comes from the fact that so many people in the game seem so unhappy in their real life that escape to a boiling desert and being chased by steampunk villains is preferable to real life.

“I wanted to feel like someone else,” says the dweeb, mournfully. Old age is handled honestly, with DeVito and Glover astonished to find their aching joints and pain vanish in the game.

Like all sequels, the second suffers from not having the delicious surprise of the first, but the seed to a third film is hinted at in the closing credits, which is more than the first film promised. In that one, the video console the young people used is smashed to bits to stop anyone getting sucked into the game. But it didn’t stop a sequel. Like we said, if it’s not broke, don’t fix it. 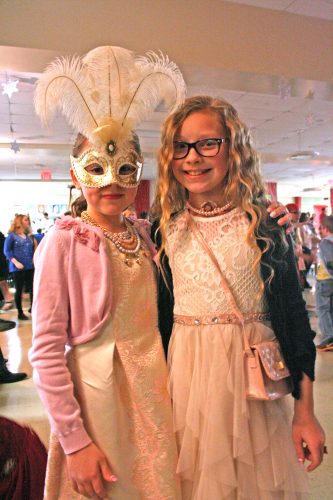