Gabrielle Schmid and Steven Helms were united in marriage at 1 p.m. Saturday, Aug. 27, at St. Michael Catholic Church in Wheeling with the Rev. Cody Ford officiating.

The bride is the daughter of David and Eleanor Schmid of Wheeling.

The groom is the son of John and Karen Helms of Wheeling.

Amanda Castle and Vanessa Andrei, sisters of the bride, served as matrons of honor. Brian Helms, brother of the groom, and Mat Robinson served as best men.

The bride is a graduate of Wheeling Central Catholic High School. She received a Bachelor of Science degree in biology from West Liberty University and a Doctor of Dental Surgery degree from West Virginia University School of Dentistry. She is practicing as a general dentist in Martinsburg, W.Va.

After a wedding trip to Walt Disney World, the couple will reside in Martinsburg. 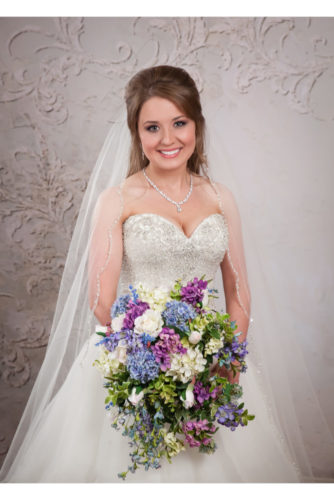 Emily Elizabeth Thomas and Michael Bernard Terlesky II were united in marriage on Saturday, Sept. 7, 2019 at ...

Melissa Riggs announces the marriage of her daughter, Courtney Noel, to Zachary Keegan Williams, son of Darrell and ...

Testing Numbers Up in W.Va., But COVID-19 Clusters Remain