Holiday Season Poses Hazards for Pets in the Ohio Valley 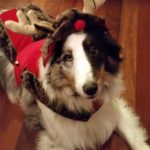 The holiday season brings with it time to spend with family and friends, as well as an opportunity to decorate the house inside and out — but these decorations, as well as the holiday treats baked for houseguests, may pose a risk to pets not under careful supervision.

Brandy Morgan of Ohio Valley Animal Care Center in Moundsville said December has already seen several animals brought in for treatment after eating things they shouldn’t have. She advises pet owners not only to monitor their pets, but in some cases avoid certain decorations altogether.

“I don’t recommend that you use any kind of tinsel, especially if you live in a home with a cat. Cats love it, it’s a great (example of a) foreign body,” she said. “Poinsettias are something else they’ll chew on, and it can be toxic to cats.”

While Morgan said the threat posed by exposed wires from strings of lights is from burns to the mouth, rather than electrocution, pets could still be harmed if not kept from chewing.

“We’ve had dogs eat glass bulbs. It’s crazy what they’ll do. I just removed a Christmas stuffed animal out of a Great Dane last week. Puppies and kittens, it’s just the worst this time of year, since there’s just so much for them to get into,” Morgan added.

In addition to the decorations themselves, Morgan cautioned would-be chefs to keep a close eye on the food they prepare, as a determined dog could find itself neck-deep in holiday treats, prompting a bellyache at best, and a rush to the emergency room at worst. Of particular concern, she said, is chocolate, which is toxic at a rate of one ounce per pound of animal weight — and even more dangerous with semi-sweet or dark chocolate.

“You want to watch with macadamia nuts and chocolate. Animals get into chocolate this time of year like you wouldn’t believe,” Morgan said. “They can arise from signs of (gastrointestinal) disturbance to seizures and possible death. You want to get them here within a couple hours after ingesting.”

Morgan said that while the OVACC is open during normal business hours, after-hours emergencies can be handled at the Animal Urgent Care in South Wheeling or New Horizon Animal Hospital in St. Clairsville, or the Pittsburgh Veterinary Specialist in Washington, Pa. if possible. If specialist care is unavailable, Morgan said hydrogen peroxide can be given to the pet to induce vomiting.

While some may think of a pet as a cute present, Marshall County Animal Shelter director Rebecca Brown urges potential well-wishers to remember that pets are more than a party favor, and that by giving a pet as a gift, the giver is asking the recipient to agree to more than a decade of commitment.

Morgan added that although pets usually don’t make for good gifts, new pet owners around this time of year should take precautions to pet-proof their home. A simple solution, she said, is to install a baby gate or other kind of enclosure around the Christmas tree.

Brown said that while the animal shelter doesn’t see a lot of adoptions out for the holidays — but after Christmas, it typically sees an increase in pets, especially puppies, brought in by families unable to care for them.