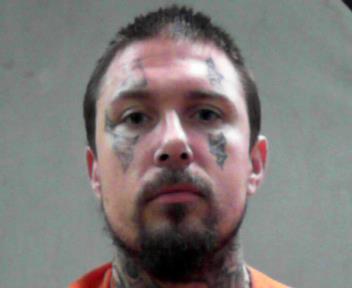 One of the three suspects in last year’s robbery of of Valley Grove’s Stateline Cafe was sentenced to a century behind bars Monday.

Jako, England and Dunn were accused of robbing the cafe wielding guns and machetes, detaining the cashier with zip ties in the process. Ohio County Assistant Prosecutor Shawn Turak said the cashier feared for her life during the robbery.

“This came out during trial, that he said, ‘Damn, if I wasn’t robbing you, I’d be dating you,'” Turak said. “When that came out, I asked, what went through your mind? And she said, ‘Please, God, don’t rape me.'”

During Jako’s time incarcerated, Turak said he’s racked up a long list of offenses in jail by assaulting guards, manufacturing weapons and intimidating witnesses. In particular, Turak said Jako got his phone privileges revoked by using a third party to intimidate England, who was set to testify against him at trial.

“His co-defendant had agreed to a plea agreement, Samantha England, his girlfriend at the time, which called for her to cooperate” Turak said. “We reached the plea agreement July 10, and she gave an interview to law enforcement, telling the truth what happened. July 19, we had a pre-trial for Mr. Jako, who was informed of the plea agreement at that time. Come July 30, she was scheduled to come plead guilty, and she refused to plead, refused to testify, said she was afraid of him. We subpoenaed the jail phone calls, and we could tell he was intimidating her.”