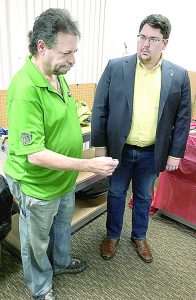 STEUBENVILLE — It came down to a coin toss on Wednesday to determine who won a seat on Empire village council.

The Jefferson County Board of Elections met Wednesday to certify the results of the Nov. 5 general election.

The board of elections reported 44 absentee ballots mailed before the election but received by Friday and 127 provisional ballots were added to the count on election night.

Two seats were open on Empire village council. Karen Mobley received 40 votes but Justin Adkins and Diana Donahue were tied with 32 votes for the second seat.

Diane Gribble, board of elections director, said the board had to declare a winner before certifying the results. A coin toss was held with Donahue winning.

There will be an automatic hand recount of the council race next Wednesday at the board of elections office. If the results don’t change, Donahue will be declared the winner.

The candidates will be informed of the recount next Wednesday and can be present.

There will be two other automatic hand recounts that day. For Cross Creek Township trustee, Chris Murphy received 684 votes, compared to 683 votes for Mitchell Morelli.

For the Smithfield village renewal of the police levy, the vote was 90-89 for the levy. The matter is actually moot because village residents voted to dissolve the village during the general election. Another close levy on election night was settled.

The additional 3 mills for police protection in Wells Township was approved by a vote of 372-367.

The township’s additional 3 mill levy for road improvements was defeated by a vote of 381-359.

The audit of the election results will be held on Wednesday after the recounts.

The board of elections reported there were 14,257 votes cast in the election, a nearly 31 percent voter turnout.

Sports Complex at The Highlands Close to Opening 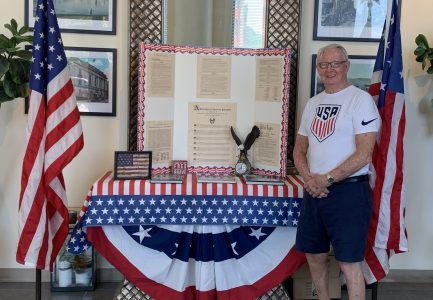 While state-level politicians have concerns over how funding through the Coronavirus Aid, Relief and Economic ... 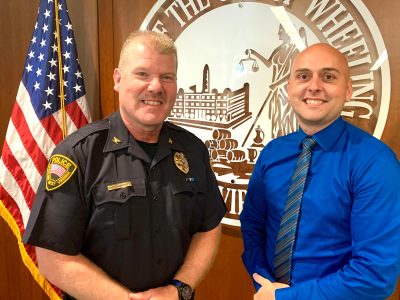