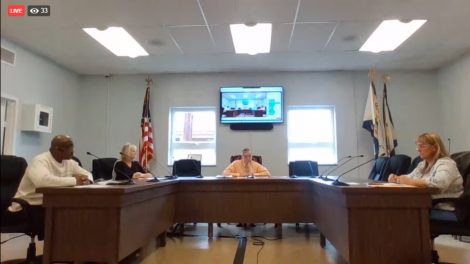 MOUNDSVILLE – While city leaders don’t know how badly the impact of the COVID-19 outbreak will affect the city’s finances, Moundsville’s council passed a $12,525,000 budget Tuesday night with the intention of modifying it in the summer, once the bigger picture becomes clearer.

Council passed the budget Tuesday night with a unanimous vote during a brief meeting streamed on Facebook Live. The budget will be submitted to the state within the week for final approval.

Also included in the budget was the purchase of body cameras for police, new radios for the building manager’s office, $100,000 for street lighting, and several new fixtures for the Parks and Recreation department, including batting cages, a dog park, and replaced playground equipment, fencing and paving at several of the city’s parks.

The budget includes a 3% raise for city employees and increased longevity pay, budgeted for $12,000, as well as an anticipated increase of 20% in the cost of health insurance.

City Manager Rick Healy said the budget did not account for more funding for public health, as the budget was reckoned prior to the coronavirus outbreak. He said the council would likely pass an amended budget on July 1, when the budget comes into effect, once city officials get a better idea of how the outbreak has negatively affected business operations.

“We pretty much had our budget set prior to the majority of this. We were supposed to have our budget passed at the March 17 meeting, so we don’t have anything additional (for public health),” he said.

“We are anticipating a loss in revenue from business and occupation tax and the 1% sales tax due to … the shutdown,” he added. “Most municipalities are doing this, in West Virginia, and we are going to follow suit, that we’ll pass the budget as-is, and then July 1, when the budget is implemented, we’ll certainly make a budget revision based on where we think we are then.”

The city budgeted that they would receive $2.4 million in B&O tax and $2 million through the sales tax.

Before the matter came to a vote, council member Gene Saunders commented that he objected to the council granting $23,000 to the Strand Theatre, which was something Mayor David Wood had proposed adding to the budget in the future.

“The only change (to the budget) we foresee happening is adding $23,000 for the Strand Theatre to supplement the work they do that’s so valuable to the city,” Wood had said.

“I feel that it’s inappropriate for us to give that kind of money to the Strand,” Saunders said.

The council held a five-minute public comment period, during which time the public watching the meeting — which reached a high of 56 people during the period — were able to ask questions. No pertinent questions were asked, other than for council members to speak louder. The meeting lasted around 10 minutes in total.