A petition asking for Ohio County Schools to create a “plan of action regarding anti-racism education and practices” surfaced on social media last week, and its backer is hoping to present it to the board of education soon.

The petition was spearheaded by a local Wheeling Park alumnus. Hinal Pujara, who graduated in 2018 and is a rising junior at Ohio State University, was inspired by similar petitions she read online from school systems in Pennsylvania and Ohio in response to recent Black Lives Matter protests across the country.

Pujara included six demands in the petition, all meant to “protect students of color and deal with racial bias” in local schools. These demands include implementing a bias reporting system for students and faculty, responding to racist incidents in a rehabilitative rather than punitive manner, and putting more effort into educating about racism and diversity in history and English curricula.

Many academic institutions and school systems across the country have made renewed efforts to address racism in education. The school board announced a plan Monday night to better support diversity and inclusion in schools.

The petition surfaced before the meeting Monday and currently has more than 300 signatures from current students, parents, alumni and community members. There is also an option for signees to include anonymous testimonials regarding racism they experienced or witnessed in schools. Pujara said these testimonials aren’t meant to publicly shame the school board, but to reinforce the idea that racism in local schools is a pressing issue.

“I saw a lot of white adults in the community on Facebook not understanding that racism exists here,” she explained. “I want to show what is actually happening to students.”

When Ohio County Schools announced that it had its own plan in the works during its meeting Monday, Pujara was both pleasantly surprised and a little cautious. She said she was encouraged the school board had taken the initiative, but she still feels the demands in her petition should be implemented.

“I watched the school board meeting,” she explained. “There wasn’t really a tangible plan yet. They also seemed to be avoiding certain words like ‘racial bias’ and ‘racism.’ They need to be able to directly address these issues.”

Pujara also worries that the school board’s plan will focus too much on diversity and not enough on inclusion.

“Wheeling is pretty homogenous,” she said. “We’re majority white and that probably won’t change. We don’t have a lot of racial diversity, but we can do a better job of educating students about racism and exposing them to Black art and literature.”

“Everyone needs to feel welcomed and protected. That’s where the focus of the school board should be,” she said.

Jones said the school board hopes to release its plan of action in the next two weeks. He said he plans to reach out to Pujara to collaborate with her and make sure the demands are taken seriously and implemented wherever possible.

“It is likely that not everything from the petition can be included this upcoming school year,” Jones admitted. However, he said he hopes that all six requests will become reality in the next few years.

Apart from the suggestions outlined in the petition, the school board has several initiatives it hopes to implement this year.

Jones said the school board is interested in making career technical classes and programs more appealing to students of color. He also said they are considering creating a book study meant for the community as whole to “facilitate more open discussions about race.”

Under this new initiative, Jones said the school board plans to change its motto from “Together We Achieve” to “Together We Stand.”

The full petition is available to the public on Instagram under the username @dearohiocounty and on Facebook by searching Dear Ohio County Schools. Those wishing to sign the petition or submit testimonials or suggestions can do so online on these platforms. 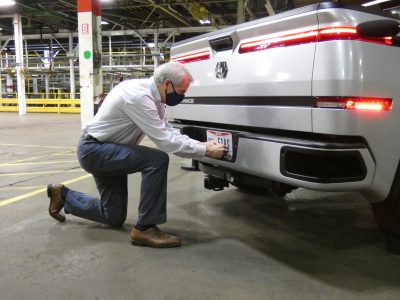 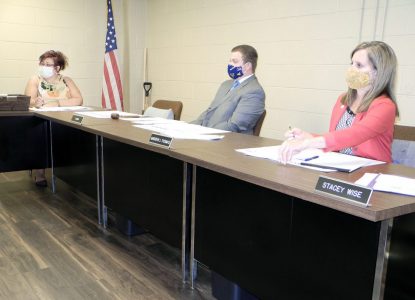