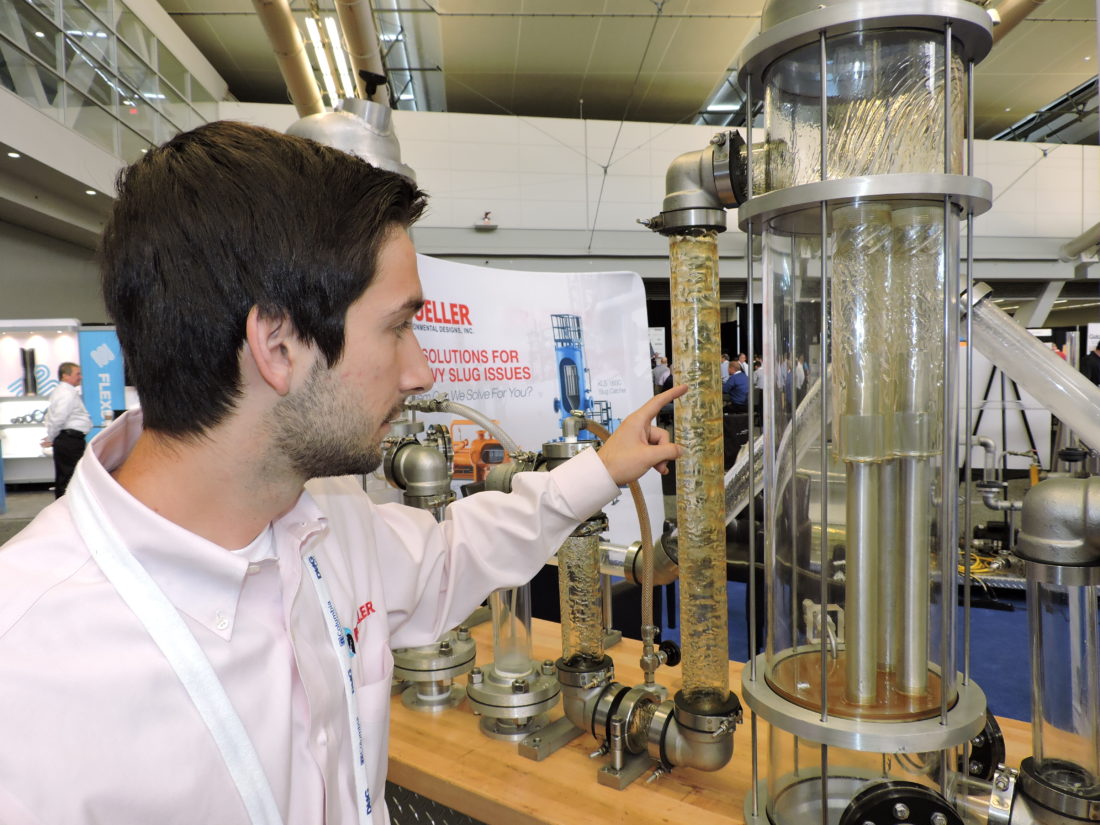 PITTSBURGH — Royal Dutch Shell’s decision to build its ethane cracker near Monaca, Pa. and Dominion Resources’ plans to export liquefied natural gas from from the Cove Point facility in Maryland give industry leaders hope that demand for their products will continue to grow.

As drillers dig deeper and farther to achieve maximum output from wells, the limits of the Marcellus and Utica shale boom continue to stretch.

“We are building crackers,” said Bernadette Johnson, managing director of Ponderosa Advisors, which provides analytical research for the industry, said while speaking during the 2016 DUG East Conference this week. “This is very good for the Marcellus and Utica region.”

Recently, the U.S. Energy Information Administration projected domestic ethane production to grow from 1.1 million barrels per day in 2015 to 1.4 million barrels each day in 2017, an increase of 300,000 barrels daily — with a significant portion to be drawn from Marcellus and Utica drilling. In fact, there is so much ethane in the region that pipeline operators Sunoco Logistics and Kinder Morgan collectively plan to spend about $3.5 billion to move the liquid out of Ohio, West Virginia and Pennsylvania for processing elsewhere.

Industry leaders believe Shell’s ethane cracker makes it more likely that PTT Global Chemical will eventually decide to build a similar facility at Dilles Bottom because Shell’s commitment shows the projects are viable in the region.

As global energy demands increase, U.S. natural gas can help quench the thirst for power, but only if producers can move their fuel abroad.

Tom Petrie, chairman of the Petrie Partners advisory firm, also believes LNG terminals such as Dominion’s $3.8 billion Cove Point project will energize the sluggish drilling industry when they go into service. Dominion officials intend to have Cove Point operational before the end of 2017.

“Cove Point has direct implications for you here in Appalachia,” Petrie said during the conference.

When natural gas is cooled to minus-260 degrees Fahrenheit, it becomes a liquid that is one-six hundredth of its gaseous volume, making it easier to transport via vessel, according to the EIA.

Recently, a ship departed the Cheniere Energy site in Louisiana loaded with LNG on its way to Brazil, while the company works on a similar plant in Texas. Petrie said encouraging more LNG exports could benefit the economy.

“I think U.S. LNG exports could be one of the best job-creating opportunities,” he said.

The amount of natural gas producers can draw from a single well should continue to increase, as the Eclipse operates its 3.5-mile long “Purple Hayes” well near Quaker City in Guernsey County. Company officials believe this is the longest horizontal shaft ever drilled onshore.

Horizontal drilling and fracking calls for drilling a vertical well two miles or deeper into the ground, while the contractors then drill a horizontal shaft from that point.

After this, a fracking crew pumps millions of gallons of water, sand and chemicals into the well at high pressure to shatter the shale, which releases the valuable natural gas.

“The well has a total measured depth of 27,048 feet, inclusive of the lateral extension. I am pleased to say that the drilling and completion of the well progressed almost exactly as designed, which, although expected by us, was truly remarkable and groundbreaking execution by our team,” Eclipse Chief Operating Officer Thomas Liberatore added.