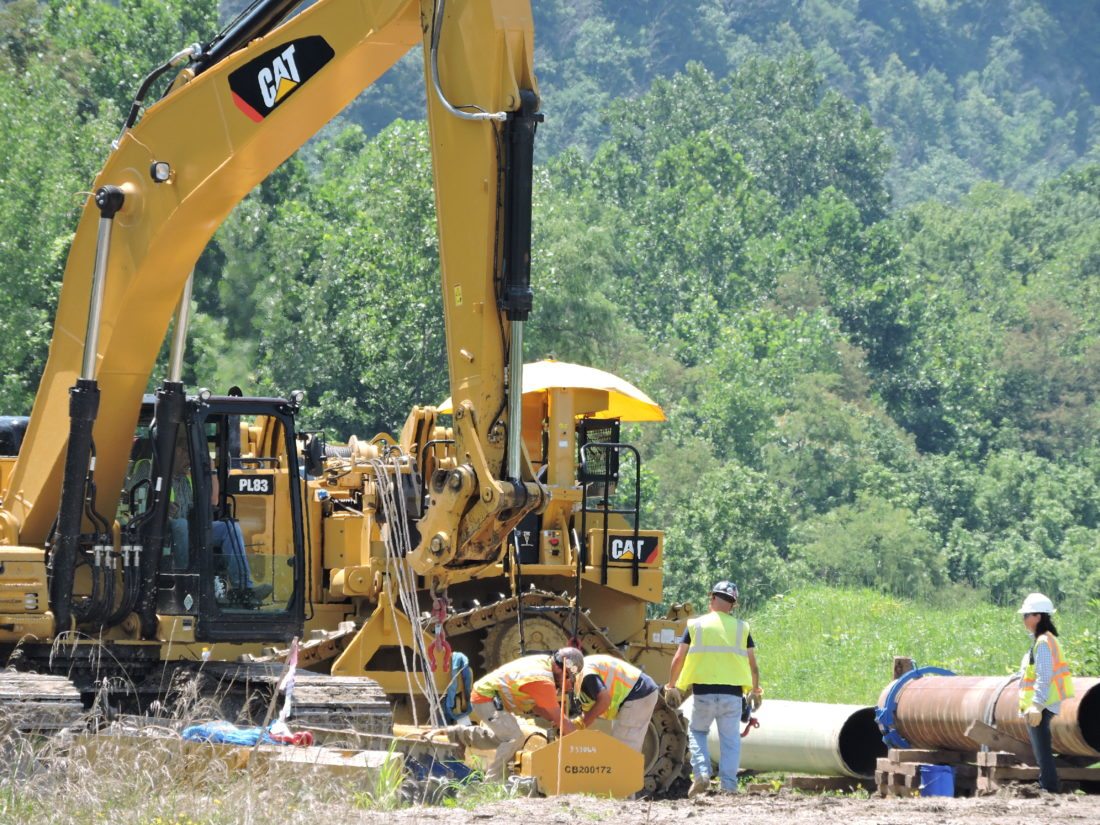 According to West Virginia Geological and Economic Survey data, an arm of the state Department of Commerce, frackers in the state pumped 1.348 trillion cubic feet of natural gas last year — enough natural gas to provide electricity to approximately 32.7 million homes for an entire year.

Doddridge County, which is east of Tyler County and southeast of Wetzel County, led the entire state with 334 billion cubic feet of natural gas production in 2016. Wetzel County finished in second place with 208.7 billion pumped from within its borders last year.

“The continued growth in production, despite a challenging price environment, is a credit to our hard-working women and men, and to evolving technology, which is a hallmark of this industry,” West Virginia Oil and Natural Gas Association Executive Director Anne Blankenship said. “This growth is benefiting all West Virginians by creating jobs and a stable tax base.”

Tyler County, famous for the oil derricks that were prevalent throughout the county approximately 100 years ago, saw 121 billion cubic feet of gas produced last year, according to the survey.

Although Wetzel County produced high amounts of natural gas, it recorded a relatively modest 238,720 barrels of oil in 2016. Hancock County chipped in with 541 barrels.

Drillers also extracted more than 3.97 million barrels of natural gas liquids — consisting of ethane, propane, butane, pentanes and other materials — in 2016. Such materials could provide a major source for PTT Global Chemical America’s potential ethane cracker, which may locate just across the Ohio River in Dilles Bottom.

Also, because production numbers continue growing, the demand for processing and transportation infrastructure remains high. This is evident with the presence of several processing plants and compressor stations throughout the Northern Panhandle, including those operated by Williams Energy, MarkWest Energy, Dominion Resources and Blue Racer Midstream. All of the production also requires pipeline infrastructure to move the material.

Still, Blankenship believes West Virginia operators work at a disadvantage in comparison to those in Ohio and Pennsylvania because those states have lower severance taxes or no severance tax at all. Also, she said, neighboring states allow drillers to proceed even if the companies cannot obtain lease agreements with all applicable mineral owners in some form of “pooling,” “lease integration” or “joint development.”

“While it’s good to see growth, West Virginia’s production increases are outpaced by production in Ohio and Pennsylvania,” Blankenship said. “Those states have modernized mineral development laws to allow for longer laterals and more production.”

For several years, industry leaders have tried to pass laws through the West Virginia Legislature to allow steps similar to those permitted in Ohio and Pennsylvania, but have never gotten them passed. Opponents say such practices amount to giving a private company the right of eminent domain.

Even without new laws, Independent Oil and Gas Association of West Virginia Executive Director Charlie Burd expects production for 2017 to go even higher.