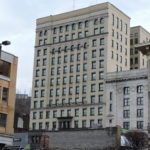 Photo by Casey Junkins A developer plans to spend about $20 million transforming the former Wheeling-Pittsburgh Steel headquarters on Market Street into a mixed-use complex with as many as 100 residential units and some retail space.

WHEELING –Up to 100 new market-rate apartments are planned for a $20 million project at the former Wheeling-Pittsburgh Steel headquarters in downtown Wheeling, while city leaders are also working on another parking garage for the 1100 block of Market Street.

“When a developer from outside the area is looking to invest $20 million into a market-rate housing project in your downtown, it says that you are increasingly being seen as a city of opportunity,” Mayor Glenn Elliott said.

Officials with Louisville, Ohio-based Coon Restoration and Sealants wasted little time submitting their application to the West Virginia State Historic Preservation Office once the calendar turned. That is when the state credit for historic rehabilitation jumped from 10 percent to 25 percent. Coupled with the 20 percent federal credit, this makes the finances on such a project much easier for a developer to work in his or her favor.

“We hope to start (on the building) within the next six to eight weeks,” Coon Restoration and Sealants Vice President of Operations Dan Blend said. “We have to remove a lot of the material that was just left in there when the steel company left.”

Blend said the firm hopes to complete the extensive project before the end of 2019.

“We are tentatively looking at, give or take, 100 residential units, and possibly some retail on the first floor,” Blend said.

According to the Ohio County Public Library, the 13-story former Wheeling-Pitt building opened in 1907 as headquarters of the Schmulbach Brewing Co. It became the headquarters to the now defunct steel company in the 1940s.

For several decades, the steelmaker thrived with mills and plants at multiple sites along the Ohio River, including Steubenville, Mingo Junction, Yorkville, Martins Ferry, Wheeling, Benwood, Beech Bottom and the coke plant in Follansbee.

After a series of corporate mergers, a firm known as RG Steel ultimately took ownership of the Market Street building. That company went bankrupt in 2012, while the downtown Wheeling building has been left vacant since early 2013.

Much of the building remains in basically the condition it was left five years ago, with desks, chairs and papers still in some of the office space. At least one of the windows on an upper floor remains open to the elements.

According to Blend, the company performs historical restoration projects throughout Ohio. Coon Restoration has also been working to restore the Belmont County Courthouse in St. Clairsville.

“There is some work to do, but we see the project as very viable,” Blend said. “I think it should be a significant shot in the arm for Wheeling.”

Elliott said the success of the 73-unit Boury Lofts complex at the corner of 16th and Main streets, along with its current waiting list of approximately 50, demonstrates the demand for housing in downtown Wheeling.

“The lesson of the Boury Lofts is that there is no ‘typical tenant’ looking for downtown housing. But generally, I think you will see a mix of young professionals just entering the workforce, along with an increasing number of baby boomers who are looking to downsize and simplify their lives … ,” Elliott said. “Across the country, cities have been revitalizing their downtowns by encouraging housing in the upper floors of vacant buildings that, in turn, stimulate commerce for first floor retail businesses. We want to do the same thing here.”

When asked about a parking garage across the street, Blend directed all questions to city officials.

“The city has been working with nearby property owners to facilitate a parking garage across Market Street to make this project work. While no deal has been struck at this point, everyone has been working together in good faith. It’s just a matter of working through remaining logistical and legal hurdles to make it happen,” Elliott said.

Thalman said the garage would be built on land that is now a surface parking lot. This is likely the open area that once housed the historic L.S. Good’s department store. Thalman said the owners of the lot are open to working out a deal with the city for a new garage.

“These two gentlemen ultimately want what is best for Wheeling and have been very cooperative in working out a lease that is fair for everybody,” he said.

Elliott said the city’s preferred plan would be to enter a long-term land lease with the property owners to build the garage on the property. He said he hopes to make the structure “look as little like a parking garage as possible,” while allowing for some retail space on the ground floor.

“Such a move would both make the Wheeling-Pittsburgh Steel building viable for housing and help accommodate some of the increased parking demand generated by employees from The Health Plan,” Elliott said.

While the precise number of spaces in the garage is yet to be determined, Elliott said approximately 100 would be available for those who live in the building, although the city would not provide “free parking” for the residents.

“In order to help finance the garage, we have discussed an arrangement with Mr. Coon for him to guarantee the rental of a certain number of spaces for a defined period of time at market rates,” Elliott added.

Jennifer Brennan, structural historian for the West Virginia preservation office, said her office evaluates applications to make sure they meet the specifications of the U.S. Department of Interior.

Brennan said she could not confirm any specific applications, but said her office has received forms for three separate projects in Wheeling so far this year.

“If everything checks out, they could be eligible for the full 45 percent credit,” she said of the 25 percent from West Virginia and 20 percent from the federal government.

Previous to Jan. 1, the state credit was only 10 percent. After some fear Congress would eliminate the federal credit through the Tax Cuts and Jobs Act, the program survived. 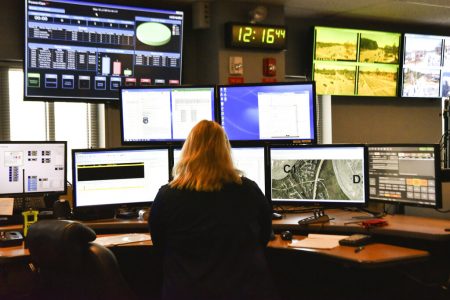 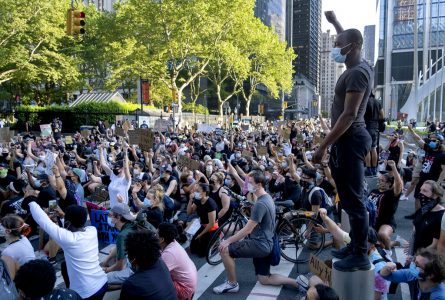 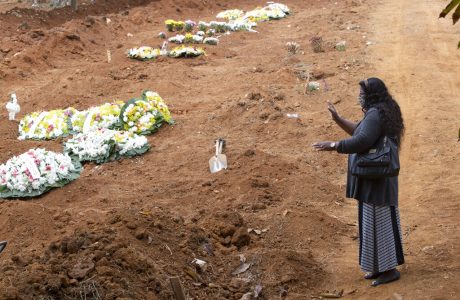 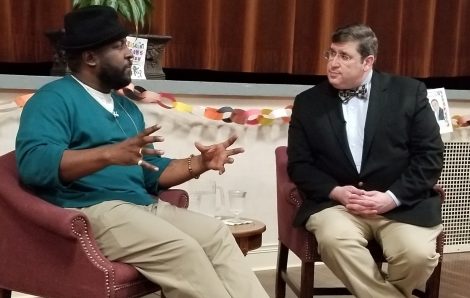 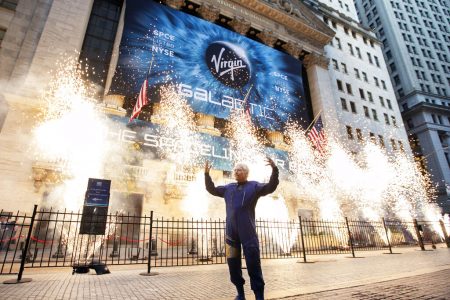