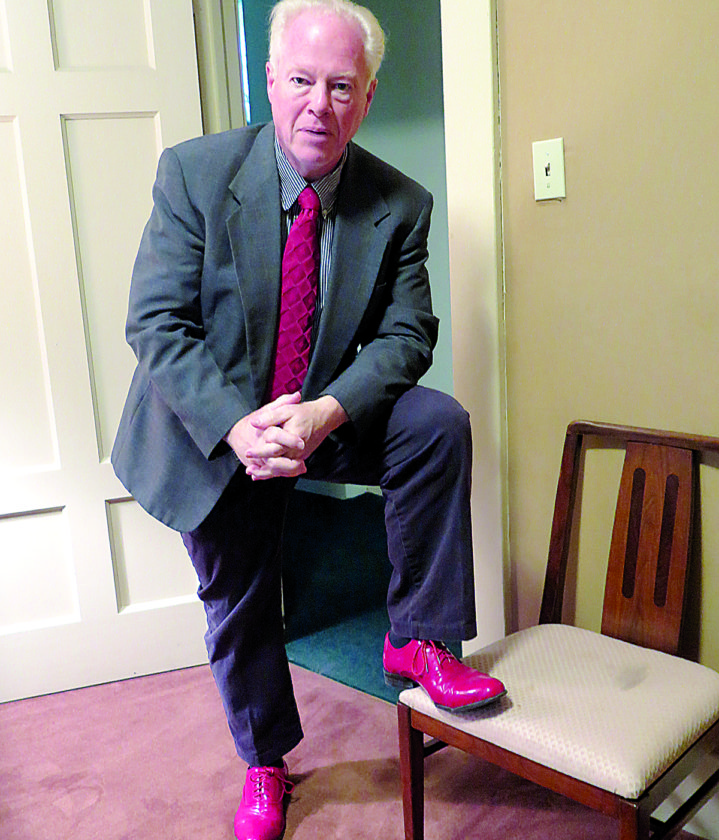 WHEELING — Wheeling attorney Martin Sheehan is known for making a bold fashion statement with his footwear, but the last name of the State Supreme Court candidate won’t be in boldface on the Nov. 6 election ballot.

Ohio County Coordinator of Elections Toni Chieffalo explained since there are 10 candidates seeking the Division 2 seat on the West Virginia Supreme Court of Appeals, their names will appear on computer screens in two columns to keep all candidate names on one page.

Elections Systems and Software has programmed the voting machines for the two columns, and for the candidates’ names to appear in bold type with their home counties listed on a second line below in lightface.

But the filing names submitted by two candidates — Marty “Redshoes” Sheehan and William Stewart Thompson are too long for the columns, and their last names are being bumped to the second line.

“It’s due to the ES&S programming,” he said. “There’s not enough space. … You can only have so many letters on a line.”

Sheehan said filing guidelines allow a candidate 25 characters for his or her name, though a nickname can only be one name. That’s why “Redshoes” has no space in his ballot name.

Ballot names cannot be changed once they are filed and accepted by the West Virginia Secretary of State’s Office.

Sheehan said he is satisfied with his last name not being in boldface on the ballot, as the alternative would be having just one column of candidates on a page and voters seeing two pages of candidates in the race.

“I would rather everyone be on one page,” he said.

The special elections for two separate seats on the State Supreme Court already involve a large number of legal entanglements, including the impeachments of past and current justices, and questions surrounding the eligibility of Jenkins to run for Supreme Court

“There’s been enough litigation about the race,” Sheehan said. “I thought I was going to have to sue over ‘Redshoes,’ and I was trying not to be litigious.”

Sheehan said he started wearing red shoes a few years back for his nephew’s wedding.

“Initially, I did it to annoy my sister,” he said. “I bought a black suit, wore a red tie and pocket square, and it was very tasteful.

“It was also a lot of fun, so I started wearing red shoes to court.”

Sheehan reports local judges haven’t taken issue with his colorful footware. In addition to his red shoes, he also has a pair of plum-colored dress shoes.

The issue of a lengthy name also will affect the Division 1 race, where Harry C. “Bo” Bruner Jr. will see “Jr.” go to the second line.