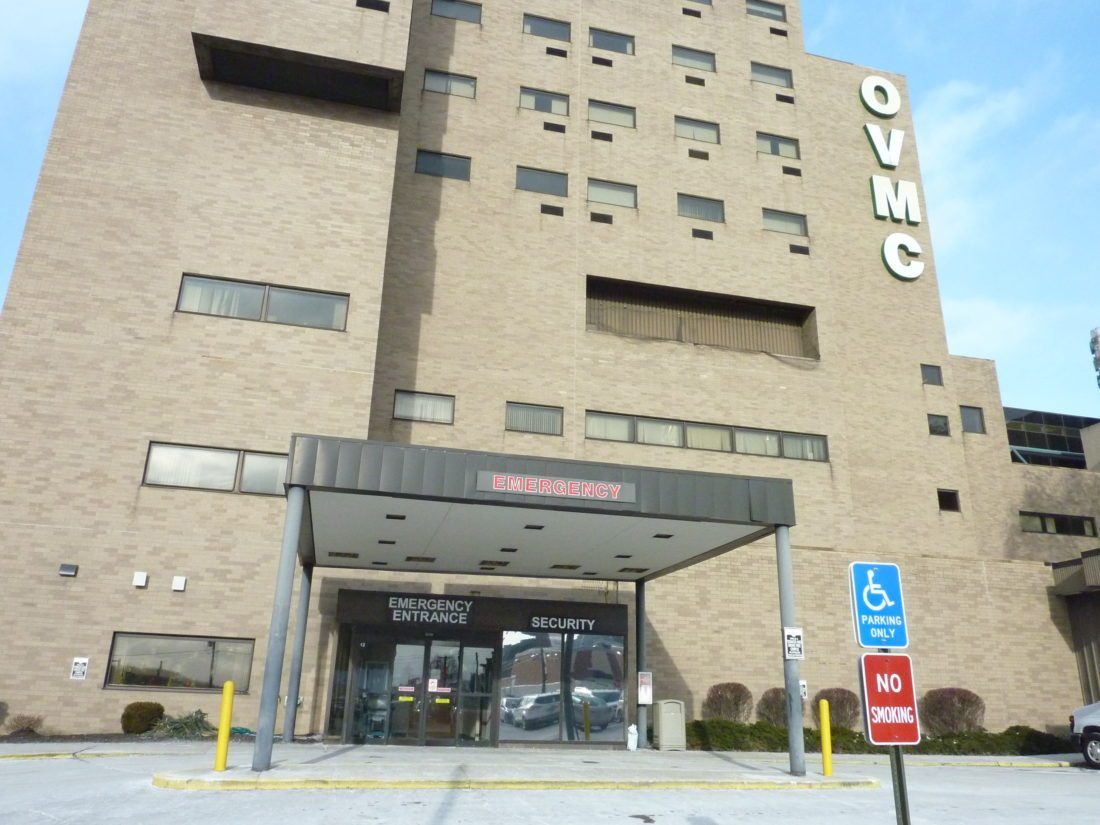 WHEELING — City officials are considering how to preserve Ohio Valley Medical Center’s services and facilities after it was announced Wednesday that the hospital will close in two to three months.

Wheeling officials have been in talks in recent months with officials at the hospital and Alecto Healthcare Services, its California-based parent company, about strategies to save “some or all” of the hospital’s services in the future, Mayor Glenn Elliott said.

“Having been in regular contact with officials at Alecto and OVMC over the past few months, (Wednesday’s) announcement does not come as a surprise, but it does cause us great concern,” he said Thursday.

Elliott said OVMC has been an important component of Wheeling both in terms of healthcare and employment, citing the roughly 900 employees currently working at the hospital in Wheeling.

“OVMC and its predecessors have been a critical piece of the health care system in Wheeling for more than a century,” Elliott said. “Even with scaled back operations in recent years, OVMC today provides critical services, particularly relating to mental health care, that are needed in our community. Moreover, OVMC has been one of the city’s largest employers. And so we take (Wednesday’s) announcement very seriously.”

Elliott said OVMC has a surplus of unused space in its East Building and Nurse’s Residence, which has been a drag on overhead costs. The city obtained floor plans of those structures and shared them with several developers who specialize in adaptive reuse projects.

“We remain in regular contact with Alecto and OVMC representatives for updates on their discussions with potential buyers,” Elliott said.

The city also hopes to attract other medical service providers to offset the loss of jobs, Elliott said.

“Even if OVMC shuts down as a full-service hospital, there will be facilities in place that could be utilized by a variety of medical service providers going forward,” he said. “We are committed to working with Alecto and OVMC officials to ensure that no stone is left unturned in terms of examining all potential uses of their facility.

“At this point we have made very clear to them that our top priority is preserving as many jobs as we can at OVMC going forward,” Elliott continued. “Many conversations are taking place at multiple levels right now, with various options being considered. I remain hopeful that a solution that keeps a significant portion of OVMC’s medical services running is achievable during the period of time before any closure.”

Beyond the closure’s impact on Wheeling, Elliott added that the news “hits close to home.”

Elliott was born at OVMC’s predecessor, Ohio Valley General Hospital, and his father worked there for decades. He said the news “stings” on a personal level.

However, Elliott said he doesn’t believe the impending closure is indicative of the state of Wheeling’s economy. OVMC accumulated considerable debt in recent decades and faced costs to upgrade and maintain aging facilities, he said.

“We are going through a period of some painful transitions right now with respect to some of our long-standing health care, educational and religious institutions in the city of Wheeling,” Elliott said. “I have looked closely at each of these situations and considered whether they were the result of long-simmering problems unique to the institution or directly related to the current local economy.

“In each case, I found it to be the former.”

In 2017, City Council had agreed to spend about $4 million to upgrade the parking garage by OVMC after it was purchased by Alecto. However, that money hasn’t been spent on such upgrade work, Vice Mayor Chad Thalman confirmed Thursday.

“The money for the garage is still in the bank,” Thalman said. “So far no money has been spent on that garage.”