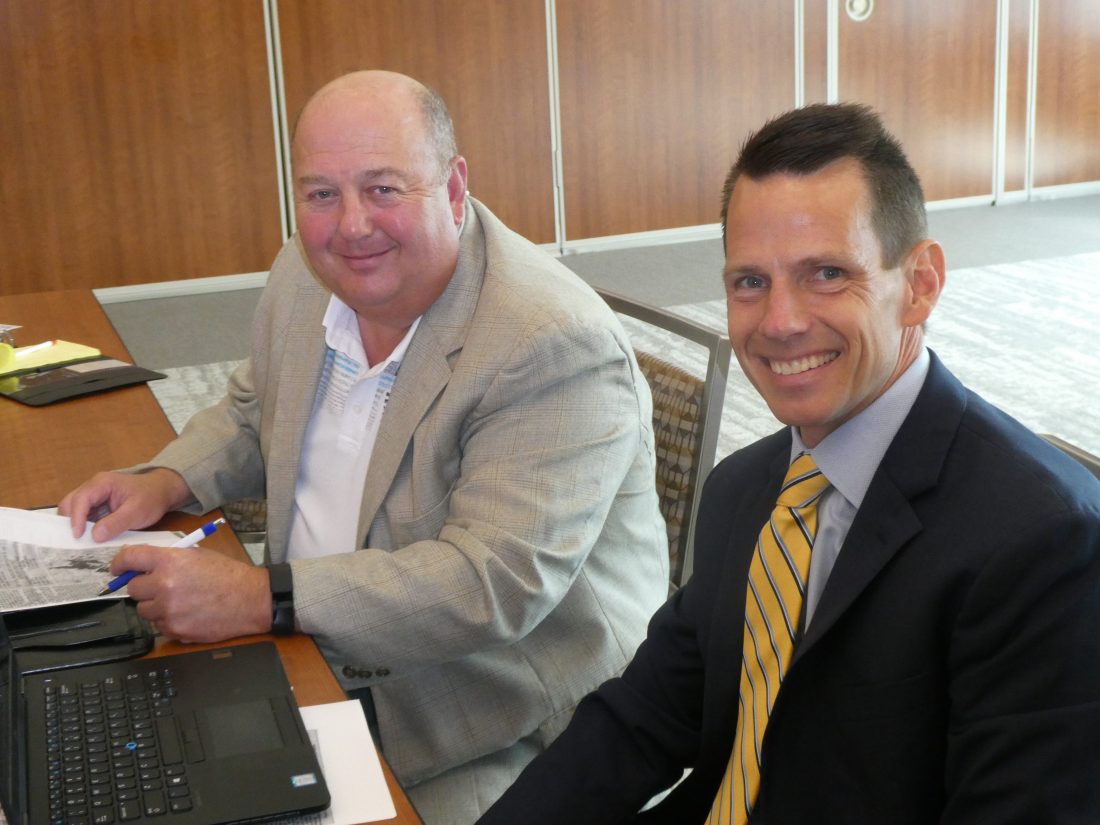 The caucus in the past has been a non-partisan effort by all members of the West Virginia Senate and House of Delegates representing Hancock, Brooke, Ohio, Marshall, Wetzel and Tyler counties that advocates for issues affecting the Northern Panhandle.

Delegate Randy Swartzmiller, D-Hancock, and Sen. William Ihlenfeld, D-Ohio, are seeking to re-energize the Northern Panhandle’s voice in Charleston. Last week, they hosted a forum for local county commissioners at The Highlands Event Center in Triadelphia, asking attendees for input on what issues the caucus should address in Charleston.

At the event, Ihlenfeld also referenced a recent article in The Intelligencer and Wheeling News-Register noting how Marshall and Ohio counties lead West Virginia in oil and gas production. This results in the largest amount of oil and gas severance taxes coming from the Northern Panhandle, coupled with a high amount of road damage from the industry’s trucks, he said.

Despite the tax money generated locally, the West Virginia Division of Highways District 6 in the Northern Panhandle ranks ninth among the 10 districts in terms of the amount of funding it receives.

District 6 received funding of $20,429,154 for fiscal year 2019, according to information provided by District 6 and Ihlenfeld. Only District 8, serving Randolph, Tucker, Pocahontas and Pendleton counties, received less funding at $19,766,044.

Lawmakers present weren’t certain of the funding formula and how allocations are determined.

Swartzmiller has attempted to contact Gov. Jim Justice about the funding numbers, but said he has yet to hear back from the governor.

“That’s the frustrating part, you don’t even get a response to this as to why it is,” he said. “Let’s face it. There are potholes out there. They aren’t Democrat or Republican potholes. We’re all united on this. We all have to drive every day. We all want good roads, so it is pretty easy for us to come together on this.”

He said it is the responsibility of local state lawmakers to speak out about road needs in the Northern Panhandle.

The Northern Panhandle Legislative Caucus had been a powerful force at the Legislature in the early 21st century, lobbying for table gambling and tax increment financing projects at The Highlands. But the group has not been convening on a regular basis during more recent Legislative sessions.

Swartzmiller and Ihlenfeld want to resurrect the caucus, but also invite county commissioners and other government officials to come to Charleston to join them and make for a larger voice and presence. They hope for the caucus to meet when the Legislature convenes for an interim session on Sept. 23-24.

Brooke County Commissioner Tim Ennis participated in the caucus when he was a member of the House of Delegates.

“I can tell you being a part of that for 17 years, we had results,” he said. “This whole facility (The Highlands Event Center) is a result of the Northern Panhandle Legislative Caucus working with the Ohio County Commission, and making it happen. It was everybody working together.”