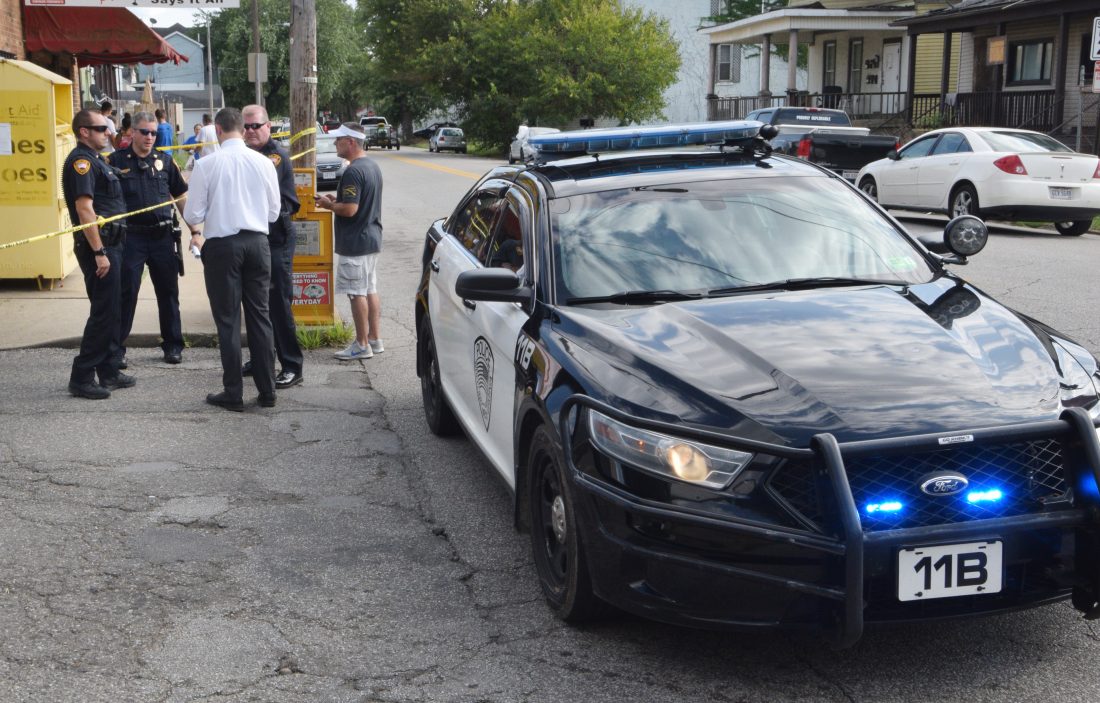 WHEELING — While police continue to investigate the shooting death of a man on Wheeling Island, locals have expressed concern over the safety of their community.

Joseph Edward Harrison, 25, of Cleveland, was fatally shot on the island Monday afternoon, and police are still searching for clues to identify a suspect.

“We’re still trying to nail down our ID on a suspect, figure out the generalized questions pertaining to the homicide. They’re working hard, but 24 hours in, they’re still investigating a lot of stuff,” Stahl said of the detectives.

Wheeling Island resident Ben Seidler, who attended the WPD’s 14th Citizens Police Academy class in June, said the police do a fine job policing the island with the resources they’re given, but he feels they might be shorthanded with the staffing levels.

“Our police department does a wonderful job with what they have, and I think our officers do an incredible job on Wheeling Island,” Seidler said. “But I think they’re understaffed, and I don’t think they have the budget to really pay them what they need to, to be competitive.

“I just finished up at the citizen’s police academy, and I spent 12 or so weeks in there, looking through that stuff firsthand and asking those questions. I think they’re knocking it out of the park, I just think they need to be able to retain some top talent.”

Harrison was fatally shot on Delaware Street between South Huron and South York streets, just a few blocks away from Madison Elementary School.

Ohio County Schools Communications Director Gabe Wells said that while the shooting was shocking, he does not feel the students of the school are at risk, due to the school’s security measures, including a resource officer stationed at the school.

“The students had been dismissed, so it wasn’t a security issue for the school,” Wells said of the shooting, which occurred around 4:15 p.m. “No students were ever in danger from that situation. … It is scary that it happened so close to the school, but at no time could the shooter have gotten near any of the students, because of the security system we have. He’d have to be buzzed into the school.”

Wells said the resource officer, provided by the Ohio County Sheriff’s Office, is on hand to protect the students during school hours, including ensuring they board their school buses safely.