House of the Carpenter facility to open next summer 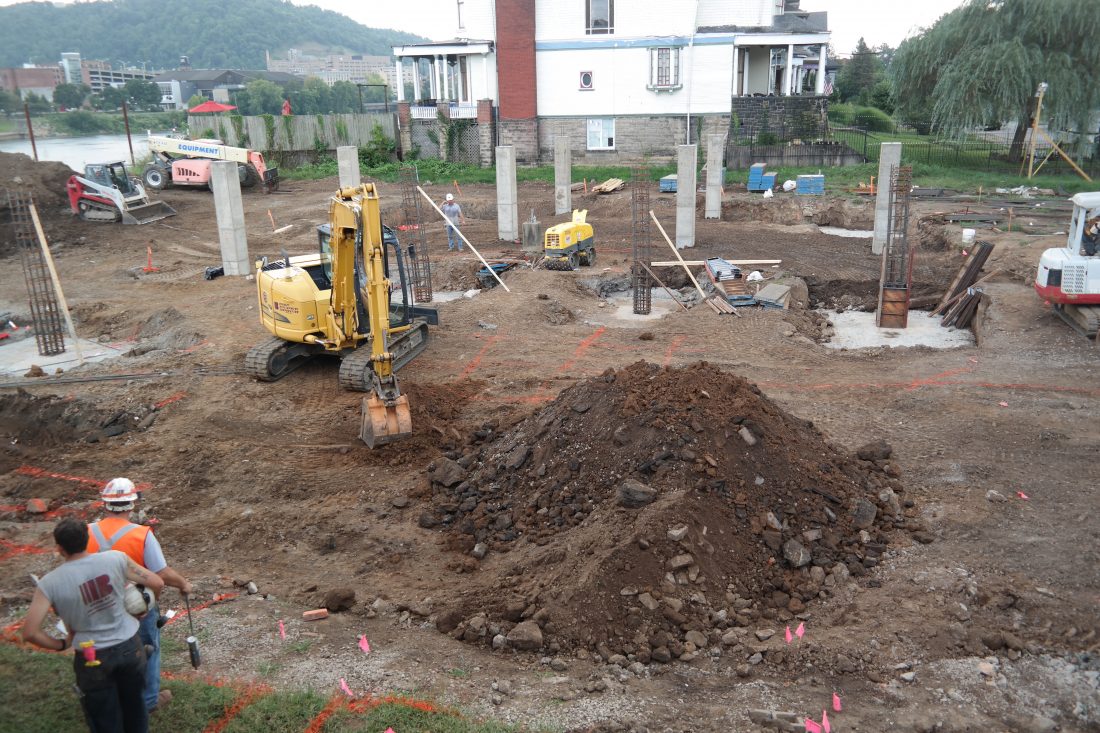 WHEELING — After a series of delays, construction on The House of the Carpenter’s Youth Center on Wheeling Island is finally underway.

The $2.5 million Youth Center will serve as an activities center for local families and should open by next summer, said The Rev. Michael Linger, executive director.

The nonprofit organization broke ground on the structure in early 2018, but subsequently encountered obstacles such as design changes and a request from the Federal Emergency Management Agency to move the building farther from the floodway, Linger said.

Construction on the planned 8,500-square-foot Youth Center, which will be an addition to The House of the Carpenter’s existing building at 200 S. Front St., was in full-swing this week.

“We’ve had multiple delays, and in the process people kept saying ‘You’re never going to build it. It’s never going to happen. Nothing good ever comes to the Island,'” Linger said. “We just want people to know that yes, it is happening despite what everybody said.”

Linger said he anticipates most of the construction will finish up before the winter. Now, the organization is starting to design what programming it will offer, he said.

The Youth Center will house a half-court gymnasium, a gathering area and meeting rooms. Its mission is to provide a safe place for children to play, for teens to get involved in development programs and for parents and adults to “expand their horizons,” according to the House of the Carpenter.

The organization hopes to offer basketball and volleyball camps in the summer as well as dance, theater and adult wellness programs, Linger said. Other options could include a middle school after-school program and an archery program, he said.

The House of the Carpenter raised $2 million, the original cost of the project, to build the structure over the past year. Costs rose to $2.5 million, so the organization is now seeking contributions to cover the final $500,000, Linger said.

The nonprofit aims to help families facing poverty on Wheeling Island through a variety of existing programs. Within the past seven years, it grew its number of annual programs from nine to 31, which include music, art, cooking classes, life skills, career building, after-school programs and tutoring.

“The programs held in our youth center will be a conduit in moving families out of the culture of despair, defeat and failure,” Linger said. “The programs will give our families the tools they need to build positive, safe relationships that support and encourage their transformation out of the cycle of poverty.”

Those wishing to make a donation or find out more information can visit the organization’s website at www.thehouseofthecarpenter.com, Linger added.