Hospital Closings May Cause Headaches for Bus Riders 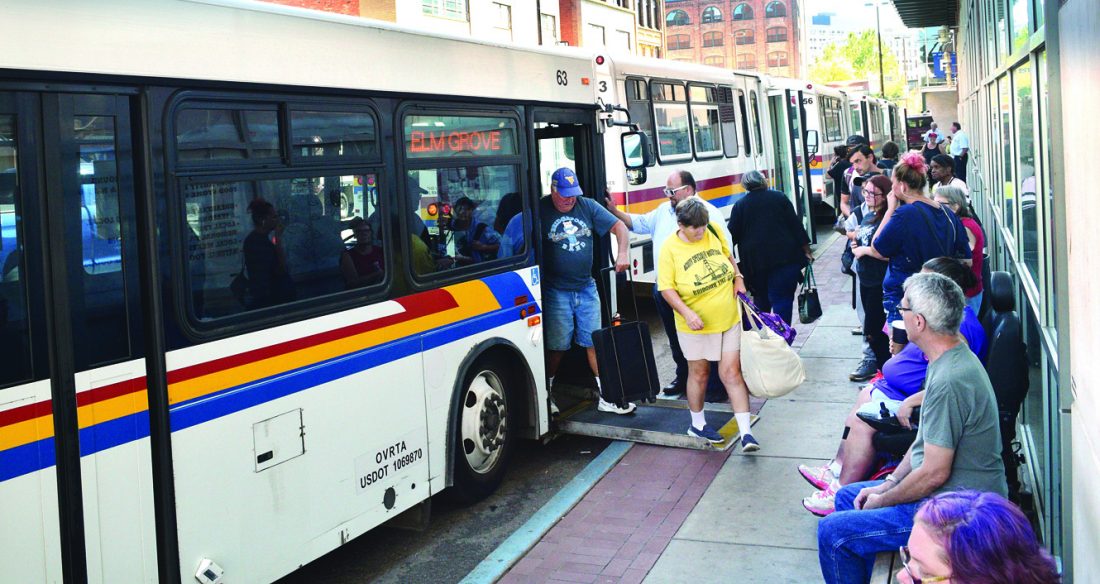 WHEELING — The closing of two local hospitals and the resulting relocation of doctors’ offices may cause headaches for patients and workers who rely on public transportation.

Some former OVMC-EORH doctors are joining the staffs of other local facilities, including Wheeling Hospital, WVU Medicine Reynolds Memorial Hospital in Glen Dale, WVU Medicine Barnesville Hospital, Harrison Community Hospital in Cadiz, Weirton Medical Center and Trinity Health System in Steubenville. Other physicians are moving to sites in St. Clairsville, at The Highlands in Ohio County or in other communities.

While these physicians will continue to provide health care in the region, the moves pose hardships for patients and displaced workers who don’t drive or own vehicles. Nonprofit agencies are trying to assist patients with transportation to medical appointments, but the organizations’ resources are limited.

According to sources, a number of former OVMC employees — including aides, clerks and workers in dietary or housekeeping departments — either walked to work or relied on buses for their commute.

Those affected by the hospital’s shutdown fear a lack of transportation may hinder their ability to accept jobs elsewhere.

The Ohio Valley Regional Transportation Authority, based in Wheeling, operates fixed bus routes in Wheeling, Bethlehem, Benwood and McMechen. One of its routes also serves The Highlands.

One EORTA route includes a stop at the Ohio Valley Mall, but buses don’t travel farther west into downtown St. Clairsville or to Barnesville.

“On our Mount de Chantal bus, you can get there (Wheeling Hospital) that way,” said Lisa Weishar, executive director of OVRTA and EORTA.

OVRTA’s board, though, is in the process of considering bus service for people going to WVU Medicine Reynolds Memorial Hospital, Weishar said.

“We don’t have a levy with the city of Glen Dale,” she said. “We stop at 21st Street in McMechen.”

Asked if OVRTA or EORTA had plans for any other expansion, Weishar said, “No, not at this time.”

Meanwhile, Faith in Action Caregivers Inc. in Wheeling and National Church Residences’ affiliate in Barnesville offer as much help as possible to patients in need of transportation.

Faith in Action Caregivers provides services and support for older adults and individuals with disabilities who reside in Belmont, Marshall and Ohio counties. For residents who meet the criteria, free services performed by local volunteers include transportation to medical appointments and dialysis treatment.

“An application is required and a request requires one week notice prior to the appointment requested,” said Yvonne Verno, executive director of Faith in Action Caregivers.

But she cautioned, “There is never a guarantee that a volunteer will be available for the request.”

If a volunteer cannot be found, staff notify the care receiver so that he or she can reschedule an appointment if necessary, Verno said. For an application and more information, call the Faith in Action office at 304-243-5420.

National Church Residences has received a $50,000 grant from the River Valley Health Foundation to expand its health-related transportation services to residents in Ohio and West Virginia, but that funding already has been allocated, said Peggy Hickenbottom, director of community at NCR.

She said National Church Residences will seek more funding when the foundation opens another grant cycle in November.

In the meantime, some small donors have given money that National Church Residences is using to help clients affected by the hospitals’ closure.

“We’re working directly with consumers, especially from Ohio and Marshall counties,” she said.

If National Church Residences is unable to provide direct services, representatives make connections for them with other area organizations such as Faith in Action Caregivers.

“We’ve been able to do that with the calls we’re getting so far,” she said.

Hickenbottom looks for demand to increase as the impact of the OVMC-EORH closure affects residents. She said most requests involve transportation to dialysis centers and cancer treatment facilities.

She added, “We still have a grant allocated through the end of the year. We still have some funds for those folks who are underinsured and have life-sustaining dialysis or cancer treatment. We should be able to cover those. … We do have one grant that is not closed yet.”

As one of four Medicaid health providers for Belmont County, National Church Residences is able to transport Medicaid-covered patients to medical appointments in Wheeling or to other locations, she said. The Neffs Fire Department, Martins Ferry EMS and Barnesville Taxi are the other Medicaid providers in the county.

“I don’t see any issues with having any of that transportation stopped for Medicaid recipients,” Hickenbottom said.