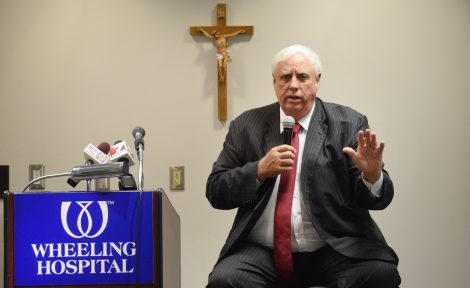 Gov. Jim Justice speaks during a press conference Tuesday to discuss the situation surrounding the future of health care in the Ohio Valley.

The governor expressed confidence in WVU Medicine’s ability to provide quality health care services and fill gaps in coverage caused by the sudden closure of Ohio Valley Medical Center. He blamed out-of-state interests, motivated by greed, for causing a crisis.

He did not mention the owner of OVMC or the owner of its buildings by name, but he described the crisis by saying, “You had a bomb go off with bad actors who won’t play in the sandbox.”

The governor said he and WVU Medicine officials thought they would be able to announce an agreement on Aug. 30 to operate OVMC’s Hillcrest unit and Robert C. Byrd Behavioral Health Center for at least a year, but a lease was not forthcoming. When OVMC’s closing was announced Sept. 3, “before you know it, greed came into the equation,” he said.

Justice said he had considered that WVU Medicine could provide medical care and the state could own the buildings. However, he said, “The bad actors in the sandbox peed on our parade.”

Initially, U.S. Rep David McKinley, R-W.Va., thought the OVMC property could be purchased for a certain amount, but WVU Medicine officials said the buildings were “in very bad repair,” the governor said.

When the state tried to buy the property, Justice said, “All of a sudden, the price was significantly inflated by the owners of the buildings. It was a move I felt like was greed. They made a demand that was actually impossible.”

Meanwhile, E. Gordon Gee, president of West Virginia University and chair of WVU Medicine’s board, said WVU is committed to the community.

“This is a crisis turned opportunity,” Gee said, referring to the area’s current health care situation.

In light of these developments, WVU Medicine Reynolds Memorial Hospital in Glen Dale and Wheeling Hospital, which is managed by WVU Medicine, are taking immediate steps and planning long-term solutions to handle increased patient volume stemming from OVMC’s closure.

“The next couple of months are going to be a little tough around here, (but) it will get better,” Wright said. “We’ll fill the gaps in the next six months.”

Wheeling Hospital opened a five-bed, fast-track unit in its emergency department a couple of months ago, while Reynolds plans to add nine to 10 emergency beds to accommodate 15,000 visits a year, he said. Urgent care facilities are planned in downtown Wheeling, Benwood and Mount Olivet.

Both Wheeling Hospital and Reynolds plan to establish 25-bed inpatient units for behavioral health care, he added. The hospitals are going to build teams of psychiatrists, nurses and therapists and offer tele-psychiatric services.

WVU Medicine has hired about 200 former OVMC employees and many more hirings are in process, Wright said. A number of surgeons have joined Wheeling Hospital and Reynolds.

Wright called the OVMC-EORH closings “tragic,” but said the area will have “the right number of hospital beds” in the long run.

Asked about parking issues at Wheeling Hospital, CEO Douglass Harrison said, “We are looking at how do we decompress this campus and possibly build an outpatient center off campus.”

Between 100 and 150 slots for Wheeling Hospital employee parking will open when slip repair is done on a hilltop at the Medical Park campus, Harrison said.

In response to a question, Justice said he did not know if state troopers could help sheriff’s deputies with mental health transports to facilities in distant locations. “We’ll find a way to bear the (transport) cost,” he said. 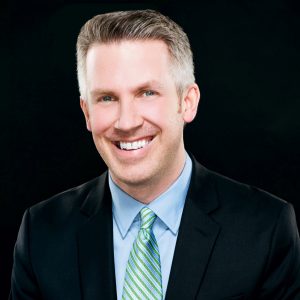