Wheeling 250 Celebration Takes to the Streets 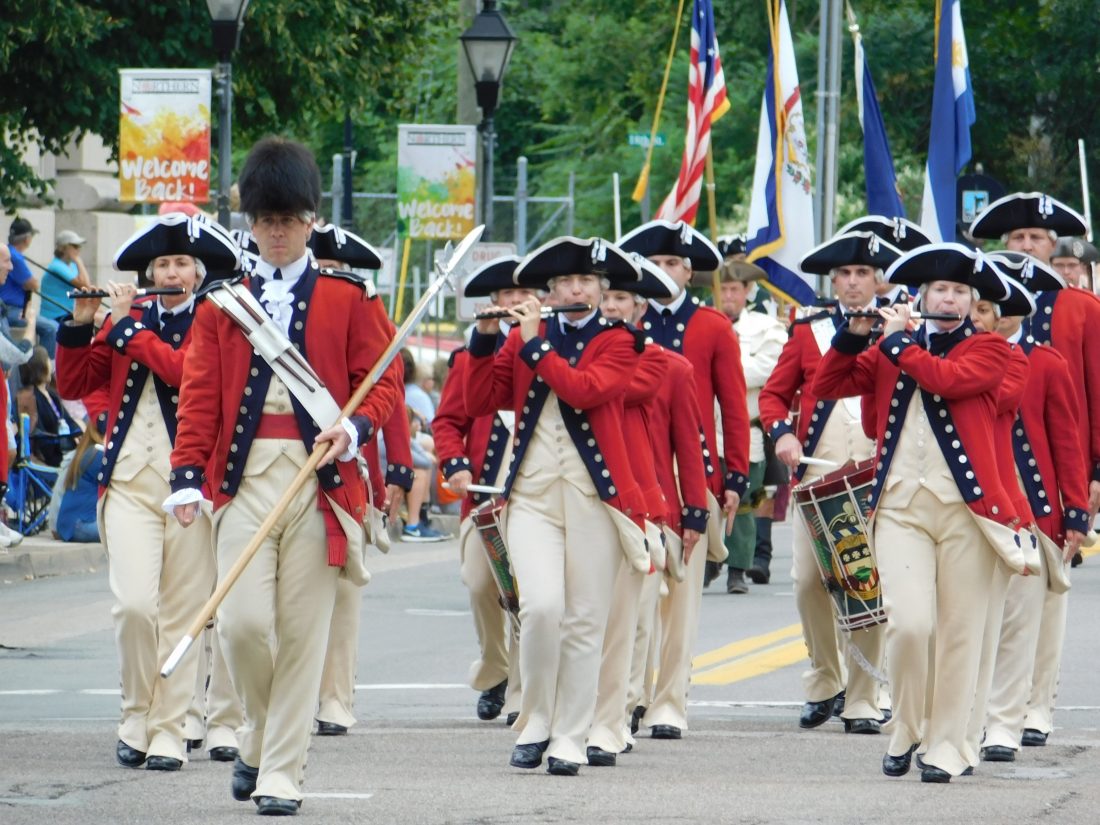 WHEELING — Saturday’s celebration of the city’s 250th anniversary featured a parade through downtown as part of the year-long series of events marking this milestone.

Events began across the Ohio River in Martins Ferry, where Wheeling and Martins Ferry officials honored the region’s roots with a wreath-laying ceremony at the Walnut Grove Cemetery on Fourth Street, resting place of the Zane family, founders of Wheeling, including founder Ebenezer Zane and his sister, Elizabeth Zane McLaughlin Clark, widely known as “Betty Zane” for her heroic run for gunpowder during the siege of Fort Henry in 1782. The memorial was co-hosted by the Wheeling and Fort Henry chapters of the Sons and Daughters of the American Revolution.

“I think it’s awesome this number of people come out to share in the historical significance of our valley, the making of what would become West Virginia, the state of Ohio, what Betty Zane did to help accomplish that with Fort Henry,” Krajnyak said.

Jay Frey, chairman of the Wheeling 250 Committee, also was in attendance and spoke about the historical significance of the area.

Thomas N. Thomas, president of the Martins Ferry Historical Society, spoke about the connections between Wheeling and Martins Ferry, saying many Zanes were interred on the Ohio side of the river. Other speakers included Debi Smith, regent of the Wheeling chapter of the Daughters of the American Revolution.

“Our communities are separated by a river and by a state line, but they’re inexorably connected by shared geography and a shared culture,” Elliott said, commending the courage and imagination that led the early settlers to explore what was then unknown territory.

The 1 p.m. parade in downtown Wheeling followed Market and Main streets and featured both talented local representation and participants from the state and national level. The Sons and Daughters of the American Revolution marched, as did the marching bands from local schools. West Virginia University’s Mountaineer Marching Band also participated. Fire department vehicles rolled down the street, as well as floats from the Boy Scouts and Girl Scouts. Ritchie Elementary School Principal John Jordan, named West Virginia’s Principal of the Year, was parade marshal. The U.S. Army “Old Guard” Fife and Drum Corps featured.

The sidewalks were crowded with onlookers.

“I grew up in Wheeling. I’m proud of the parade and everybody in it, and it’s been a great time. Everybody should have came and watched it. It was great,” Elsie Sell of Wheeling said, adding her great niece was playing in the West Liberty University Marching Hilltoppers.

Marty and Marlyn Keesecker, members of the Sons and Daughters of the American Revolution from Martinsburg, participated in both the wreath laying and the parade. They pointed out the area had its birth in the Revolutionary War.

“It’s very patriotic, and we were able to march to the Old Guard, which was really a once-in-a-lifetime thing. They really keep you in step and they’re great at what they do,” Marty Keesecker said. “This is one of the nicest celebrations we’ve been to. It’s well-planned. We’ve enjoyed every second”

“It’s a wonderful celebration and we’re happy to be a part of it,” Marlyn Keesecker added.

“I saw the baton girls and just started bawling because I did that as a child,” Tamara Weber of Wheeling said. “I love it.”

“Happy birthday Wheeling!” Sara Evans of Wheeling said. “It was a fun parade.”

“They did an excellent job,” he said. “We wanted to be here for Wheeling’s 250th, especially for all their support for us. … It won’t happen again in my lifetime.”