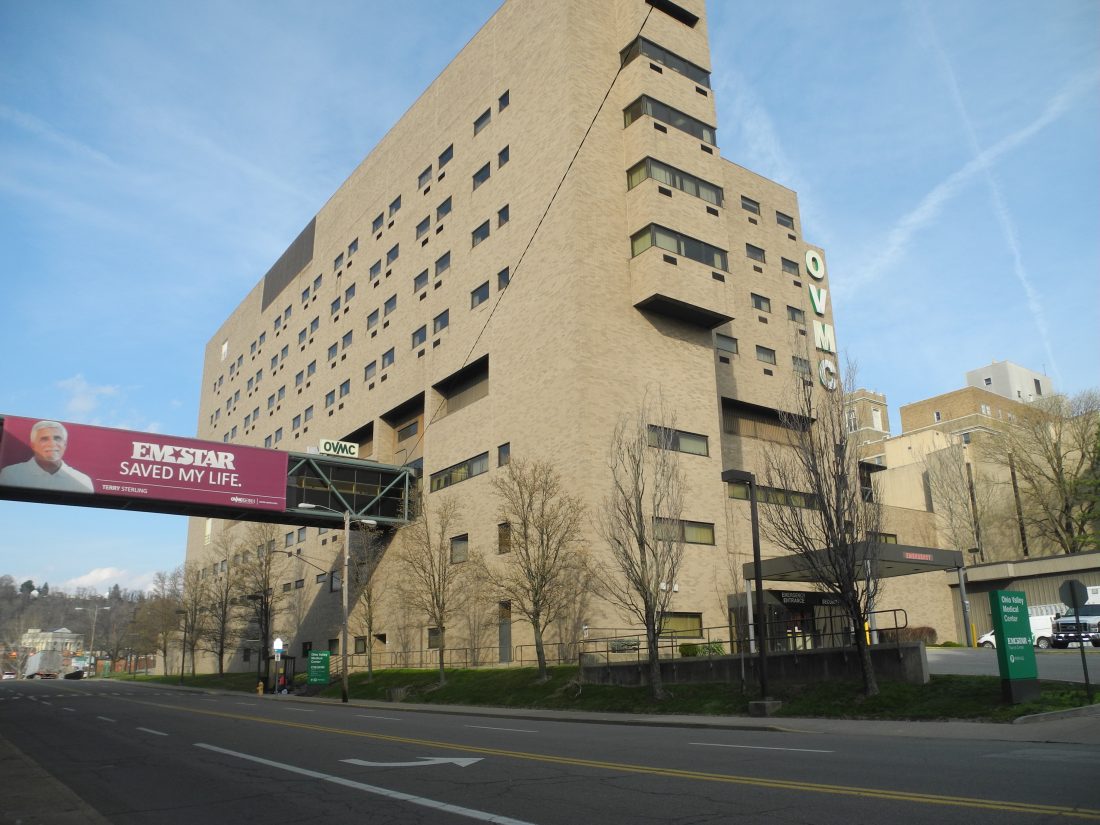 Acute and emergency services have been suspended at Ohio Valley Medical Center ahead of its Oct. 7 deadline.

WHEELING — Wheeling officials considered alternate uses of the Ohio Valley Medical Center on Thursday, the day following the suspension of its acute and emergency medical services the evening prior.

City officials are considering what steps to take next given this week’s closure, Mayor Glenn Elliott said.

Elliott said he was disappointed to learn this week that OVMC would be shutting down its main services earlier than the expected deadline of Oct. 7. In the meantime, the city is working with local officials to maintain health care in the region and aid employees losing their jobs, he said.

“From our perspective, keeping core services active — and preventing the facilities from going dark — was critical to positioning the hospital for an acquisition,” Elliott said. “But I know from my countless meetings and conversations over the past several months that finding a willing buyer for these facilities has been an uphill battle. Ultimately, while we continue to hold out hope that a solution that keeps at least some of the lights on at OVMC is possible, we are taking steps to prepare for the worst.”

Delegate Erikka Storch, who also serves as president of Wheeling Area Chamber of Commerce, said the news of the closure came as a blow.

“It’s just heartbreaking. I’m still praying for them,” Storch said of hospital employees. “It just breaks my heart to think about people who may have gone to work for their career and a portion of their career and now today, I can’t even imagine.”

In August, hospital owner Alecto Healthcare Services announced that OVMC and East Ohio Regional Hospital in Martins Ferry would close permanently by Oct. 7. More than 1,000 jobs, including 750 at OVMC, will be lost once both hospitals close, officials said previously.

Elliott said the city is working with officials from Wheeling Hospital and WVU Medicine to ensure that health care services, including emergency care and behavioral health, are maintained. Wheeling is also working with local partners to help find displaced hospital workers other employment opportunities in the area, he said.

In addition, city officials are working with the Ohio Valley Regional Transportation Authority to add more direct bus routes to and from Wheeling Hospital from areas currently requiring one or more connections.

Meanwhile, the city is considering a variety of potential uses for the facilities should the entire hospital campus close permanently, Elliott said.

One idea involves requesting that the Veterans Health Administration consider a portion for a needed community-based outpatient clinic, Elliott said, adding that he has worked with the offices of Sen. Joe Manchin, Sen. Shelley Capito and Rep. David McKinley on the matter.

The city could also position all seven OVMC buildings as a corporate campus for any of the multinational companies involved with the Belmont County ethane cracker plant to use, Elliott said.

Notably, Wheeling is also considering part of the OVMC campus as a possible location of a public safety building for the city, Elliott said.

In July, city council heard a proposal to build the facility, which would house both police and fire departments, at a site on 19th Street in East Wheeling in a total project cost of $14.5 million. The initial asking price of the property was $534,000, a figure some city officials said wasn’t acceptable, noting that they would try to negotiate a lower price and consider other options.

Storch said she is trying to remain optimistic that solutions can be found regarding OVMC.

“I’m hoping that there is an initiative to find somebody else that may have an interest in operating the facility,” she said. “I’m trying to stay optimistic and hopeful that our governor and other elected officials understand our needs, particularly for mental health services … I’m hoping that somebody will come in and help with that and transition it to smooth health care being provided in the Ohio Valley.”