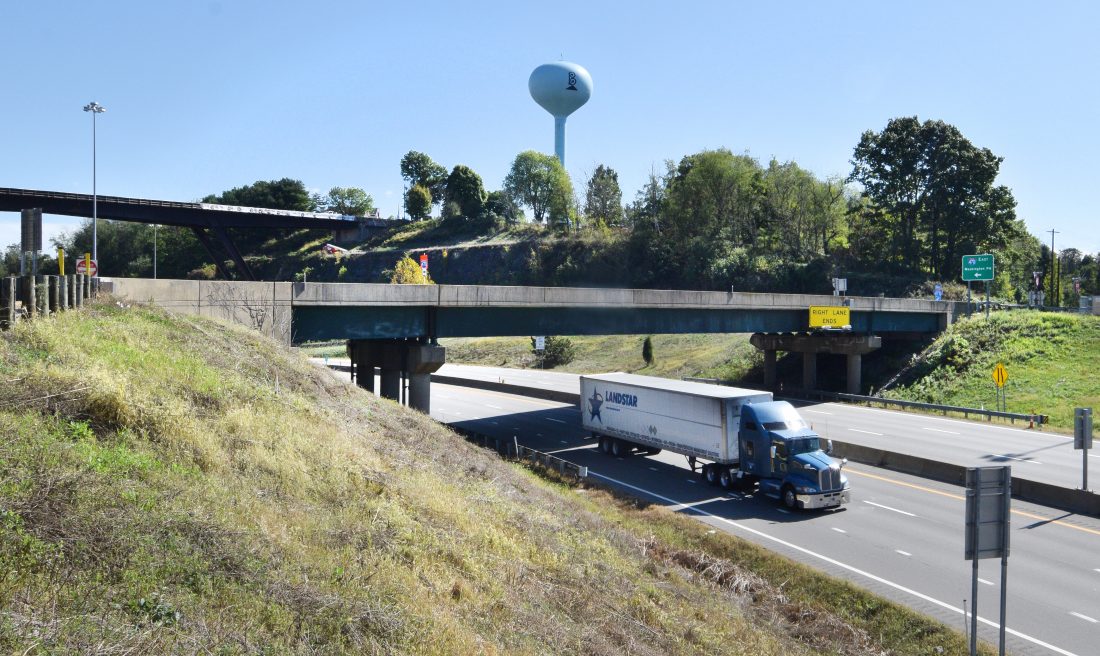 A deck replacement project is scheduled to begin on Oct. 21 on Bethlehem’s Spruce Street Bridge.

WHEELING — While the Spruce Street Bridge over Interstate 470 in Bethlehem is scheduled to be closed to traffic for four months, the project is to be expedited to avoid any conflicts once the I-70 Bridges Project gets into full swing early next year.

The Spruce Street Bridge deck replacement project is expected to begin ramping up on the heels of the nearby Chapel Street Bridge project, to be finished soon. It is a priority to complete the project prior to any major closures related to the I-70 Bridges Project, according to West Virginia Division of Highways Area Engineer Mike Witherow.

He said the Chapel Road Bridge is tentatively set to reopen next week.

“It depends on how things shake out,” Witherow said. “We’re trying to expedite that project. … We have changed that (Spruce Street project) from a phase construction to a full width construction in an effort to get that done before we close the Fulton Bridge on the I-70 Bridges Project — and that’s coming in February or March.”

In addition to replacing the deck on the Spruce Street Bridge, Witherow said they will be painting the steel frame of the bridge as well as making some repairs to the structure. The project will see the bridge closed from Oct. 21 to Feb. 1, 2020.

The Spruce Street project with be very similar to the Chapel Street project, as it will require scheduled evening and night-time I-470 lane closures between Elm Grove and W.Va. 2 throughout the deck removal phase.

It is the part of a $6.1 million plan to repair that span, along with the ongoing Chapel Road Bridge project.

Kokosing Construction Company of Westerville, Ohio, is the general contractor for both projects.

Local traffic will be permitted to use Chapel Road to access the I-470 westbound on ramp. The I-470 westbound on-ramp detour will be I-470 eastbound to Exit 5 on I-70 in Elm Grove. Once the Spruce Street Bridge is closed, motorists are advised to follow posted detour routes.

The Chapel Road Bridge project, which began in early April, was initially scheduled for an end-of-summer completion date.