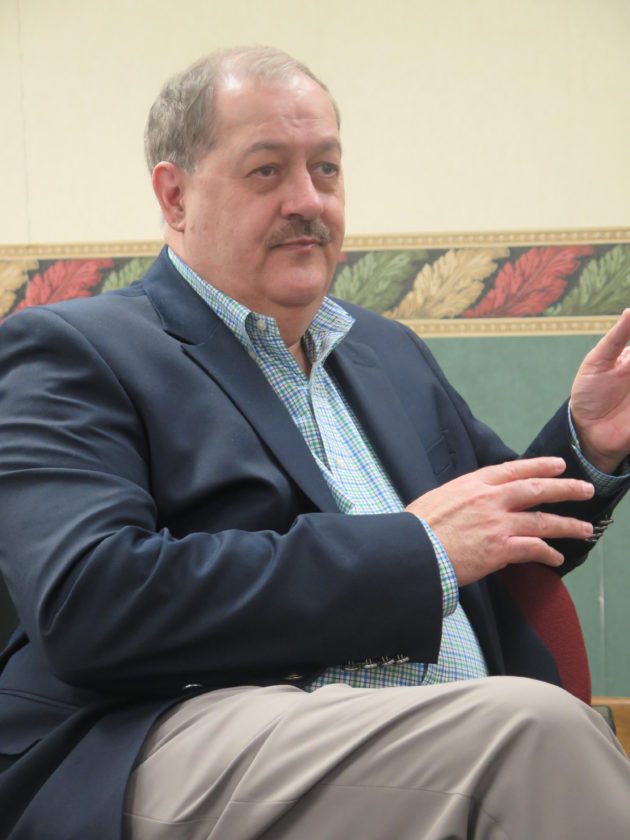 CHARLESTON — Not yet done with being a candidate for office, retired coal operator Don Blankenship has set his sights on the highest office in the land.

Ballot Access News reported Monday that Blankenship, the former CEO of Massey Energy and a former Republican candidate for U.S. Senate in West Virginia who tried to run in the general election as a Constitution Party candidate, will seek the Constitution Party nomination next spring for President of the United States.

Blankenship reportedly made the announcement at the Constitution Party’s Fall 2019 National Committee Meeting Oct. 18-19 in Pittsburgh. The Constitution Party’s nominating convention is tentatively scheduled for April in either Charlotte, N.C., or Atlanta. The nominee will go on to challenge President Donald Trump in the November 2020 general election.

A request for comment from Blankenship and the Constitution Party was not returned.

As of May 21, Blankenship’s voter registration showed him registered as a Democrat, a move many considered as a preliminary effort to challenge U.S. Sen. Joe Manchin in the Democratic Party primary had he decided to run for a third term for governor. Blankenship had been registered as a Republican and long known for donating to conservative candidates and to the Republican Party.

That all changed after Blankenship ran as a Republican in the May 8, 2018, primary for U.S. Senate. Blankenship came in third place, losing to Attorney General Patrick Morrisey, who won with 34.9 percent of the vote. Morrisey was followed by former U.S. Rep. Evan Jenkins of Cabell County with 29.21 percent and Blankenship with 19.97 percent.

The Secretary of State’s Office rejected Blankenship’s certificate of candidacy on July 27, 2018, after Blankenship submitted 12,767 signatures to get on the Nov. 6 ballot.

The office cited State Code 3-5-23, also known as the Sore Loser law, which prevents candidates who were previously candidates in the primary for a major party nomination from switching to independent or a minor party to get on the general election ballot after losing the primary.

Blankenship challenged the Sore Loser law in court, but the West Virginia Supreme Court of Appeals ruled Aug. 19, 2018, that Blankenship could not be placed on the ballot to represent the Constitution Party.

Blankenship has since blamed his loss in the Republican primary to various news outlets, Senate Majority Leader Mitch McConnell and Donald Trump Jr., son of President Donald Trump, who wrongly called Blankenship an ex-felon. Blankenship filed a libel suit against Trump Jr. A trial in the case is set for Oct. 6, 2020, before District Judge John Copenhaver.

Blankenship was sentenced to one year in prison and a $250,000 fine for a misdemeanour conviction for conspiring to violate mine safety laws related to the explosion and deaths of 29 miners at the Upper Big Branch mine in Raleigh County in 2010. A federal magistrate has since recommended that Blankenship’s misdemeanor conviction be voided.