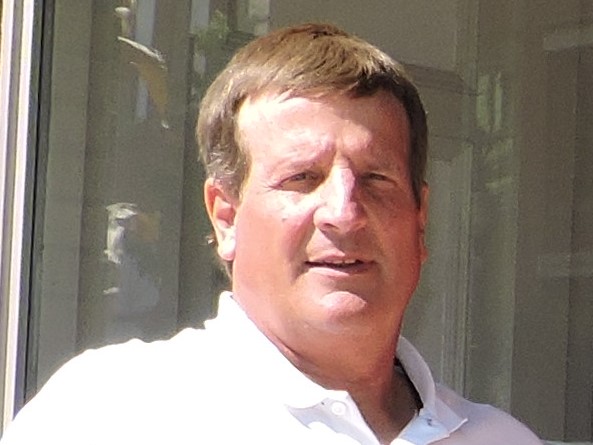 Tim Porter stepped down Tuesday as St. Clairsville Area Chamber of Commerce president after a recording of him apparently voicing profanity and a racial slur went viral.

ST. CLAIRSVILLE — City Council President Tim Porter stepped down as president of the St. Clairsville Area Chamber of Commerce on Tuesday after an audio recording of him voicing profanity and making a racial slur was sent to numerous entities and media outlets.

“The chamber does not condone or accept the comments or actions or Mr. Porter. Effective immediately, our current Vice President, Jennifer Gerevics, has accepted the office of president. The St. Clairsville Chamber of Commerce will continue to work hard to build a vibrant and prosperous community through business leadership,” Anderson wrote in an email.

In addition to her role with the chamber, Gerevics is the branch manager at Home Savings Bank in St. Clairsville. She and Anderson had no further comment regarding Porter or his actions.

Porter had served as chamber president for about two years. Gerevics did not have the ending date of his term at hand.

Porter also had been a mayoral candidate for the Nov. 5 election, but he dropped out of the race two weeks ago. The racial slur in the recording was directed at another mayoral candidate, Bill Brooks, who is an African-American.

“It was a private phone call,” Porter said regarding his recorded remarks, which were sent to The Times Leader. “Obviously it shouldn’t have even got out there, but all I want to say is I totally am apologetic to what I said. It should have never been said, I agree.”

He said the words he spoke in the recording came “in the heat of the moment.”

“I’m far from a racist. I’ve never even considered the thought of that,” he said.

“It is what it is at this point. I’m sorry that Mr. Brooks got drug into it,” Porter said, noting that he complied with the chamber’s request for him to step down. “I wouldn’t condone that, either.”

Porter said he is still considering his political position.

“What I said was uncalled-for,” he said. “I didn’t do it to be malicious, I just did it out of anger.”

Brooks and some city officials reacted to Porter’s recorded comments.

“I think it’s terrible. It hurts, it really hurts that a friend would be making that kind of a statement in this day and age,” Brooks said. “I think to use that phrase … and they call me a hot-head! I think that the truth came out. True feelings.”

St. Clairsville Mayor Terry Pugh said he and the city had no comment.

“The city doesn’t condone any actions like this. … I personally don’t condone it. We will be meeting with council members and the law director, and we’ll see where it goes,” Pugh said.

“I don’t condone that type of language in any situation,” Councilwoman Linda Jordan said of the recording. “I realize it’s a private conversation. Me, personally, I do not condone that type of language. However, the racial slur, on the other hand, is a totally different story. … Myself and … other people will find that offensive, and it doesn’t matter your race. That is an offensive term in any manner and should not be used.”

“Tim Porter is a city official, he should therefore make a public apology to the entire city,” she wrote in a text afterward.

“An apology was absolutely appropriate,” Oprisch said. “I condemn the use of the words that he used. … I feel like he absolutely has to do a public apology. … Should he resign from council? I think that’s his call, but I condemn his words.”

Councilman Frank Sabatino had no comment on behalf of the city but gave a personal statement.

“Mr. Porter’s profane verbal assault and racial slur is totally unacceptable and totally appalling,” he said. “Shame on you, Mr. Porter. How disgusting.”