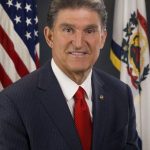 CHARLESTON — U.S. Sen. Joe Manchin, D-W.Va., and other senators called upon Majority Leader Mitch McConnell, R-Ky., to put legislation up for a vote to protect the pensions of 1.5 million retired miners.

Manchin held a press conference Wednesday morning in front of a room filled with members of the United Mine Workers of America, the AFL-CIO, the Teamsters, and the International Brotherhood of Electrical Workers. He was joined by Minority Leader Sen. Chuck Schumer, D-N.Y.; and Sens. Debbie Stabenow, D-Mich.; Sherrod Brown, D-Ohio.; Patty Murray, D-Wash.; and Ron Wyden, D-Ore.

The senators blamed the 2008 financial crisis for pushing several union pension plans to the bringing of insolvency, but the focus was on the UMWA’s 1974 Pension Plan, which has more than 100,000 participants and beneficiaries.

On its current pace, the pension fund will go insolvent by 2022 and cause 1,200 retired coal miners, widows, and other beneficiaries to lose health care benefits by the end of the year. In West Virginia, there are 25,451 participants in the UMWA pension plan, with annual benefits paid totaling more than $199 million.

“This is atrocious and for us to sit back and let it happen is absolutely sinful and we’re not going to let it,” Manchin said. “No matter whether we agree on different issues, whether we agree to disagree, this is one area if you don’t stand up for the American workers, no one will, and we’ve done that.”

Any failure in the union pension funds would put pressure on the Pension Benefit Guaranty Corporation, a federal government agency that insures pension plans. Being unable to handle the weight of the failed pension program, Manchin said taxpayers would be on the hook, costing taxpayers billions of dollars.

There are two pieces of legislation sitting in the Senate to shore up the union pension plans. The first is the Manchin-sponsored American Miners Act in 2018. More than 285 days later and that bill is still sitting on the shelf. The Rehabilitation for Multiemployer Pensions Act was passed by the House of Representatives in July and sent to the Senate, with no action to date.

Manchin said the need for the pension legislation is greater now than before due to the possibility of Murray Energy declaring bankruptcy after missing payments to lenders as part of a forbearance agreement that was set to expire Monday.

“We have one bankruptcy away from accelerating this two years,” Manchin said. “If…Murray energy goes down, which it looks like it’s going to happen in the bankruptcy courts, this accelerates next year. This is something we can’t let happen because…everything you’re talking about starts tumbling.”

Manchin encouraged the union members in attendance to call and write to McConnell and Republican senators to put pressure on them to put either the House or Senate pension bill up for a vote.

“None of this is going to happen without you, without you coming…and basically putting a real family behind every one of these atrocities that’s happening,” Manchin said. “We’re going to fight like the dickens. We’re leaving nobody behind, but if you don’t come and show up and they don’t see a real person is behind this — a family that’s going to be hurting — then we’re not going to have any success whatsoever. You’ve got to put the pressure on.”