Varner Earns GED, Back in as Magistrate 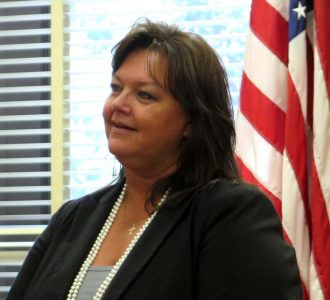 WHEELING — Janine Varner is once again an Ohio County magistrate after she passed her high school equivalency test without a prep course.

Ohio County Circuit Judge Ronald Wilson swore her back into office Monday morning, just as he first did on Aug. 5. On Sept. 18, the West Virginia Supreme Court suspended Varner amid questions she had not received a high school diploma, and she resigned the following day.

Since then, Varner has worked toward achieving her general equivalency degree. The effort she showed was enough for Wilson to re-appoint her magistrate.

While Varner has a certificate from a technical school, “the question is still out there” as to whether this constitutes a high school education, he said. In the interim, she chose to resign and obtain a GED diploma.

The administrative order Wilson signed Monday states he has found Varner now “has the equivalent of a high school education.”

She will be back in office at the end of the month “if all goes well,” Wilson said.

Varner must go to Charleston and repeat the same course she took in August pertaining to the rudimentary principles of law and procedure. The public has 20 days to challenge her qualifications.

“I admire her for what she did, and it is great when you can reward someone for their accomplishments,” Wilson said. “People who improve themselves deserve to be rewarded.”

“A number of people applied for the job thinking it was an open position, but it never really was,” Wilson said.

He said he told her if she achieved her high school equivalency diploma in a timely fashion, he would re-appoint her magistrate.

Varner released a statement Monday afternoon through her attorney Teresa Toriseva saying she was grateful to Wilson for placing his trust in her and reminding her of her value as a public servant.

“It is because of him, and the support she has received from so many in the public, that she had the confidence and the motivation to push through and take the (high school equivalency exam,” the statement reads.

It included a quote from Varner.

“Everyone should remember it is never too late to get your high school diploma or even go back to college,” she said. “Education is a lifetime experience.”