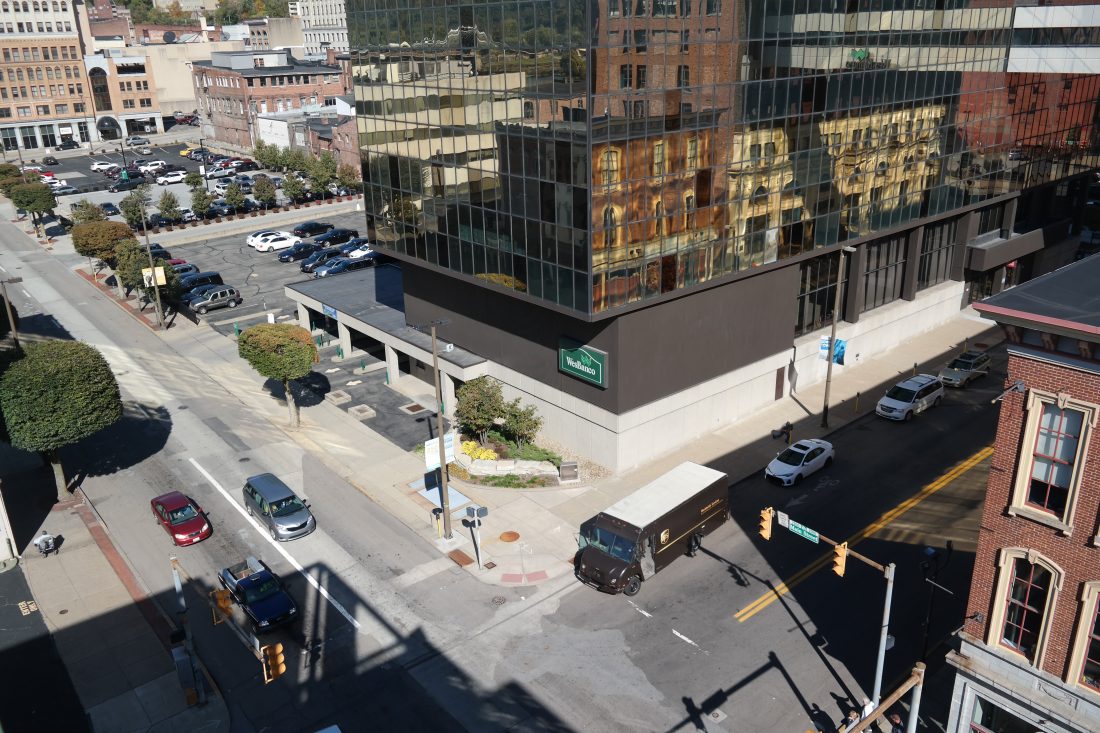 The intersection of Main and 14th streets, pictured here, and other downtown Wheeling streets would see improvements if the city secures full funding for its $28 million streetscaping project dubbed Wheeling RENEWAL.

WHEELING — City officials are waiting on a decision from the federal government regarding approval of a $15.3 million grant that would allow Wheeling to move forward with its streetscaping project.

“This downtown street improvement project will be a game-changer for the future success of downtown Wheeling, and I am glad to have the support of my state and federal representatives for this renewal,” Elliott said.

The project — which would cost nearly $28 million — would upgrade downtown Wheeling’s streets for safety, walkability, beautification and attraction of investment, according to the city.

City officials have gathered $5.5 million in local government money, $6.7 million in West Virginia DOT resources and $400,000 from the Oglebay Foundation for construction.

Now, the city and the state are seeking $15.3 million through a BUILD grant that would fill the funding gap for the project. Wheeling applied for the grant in July and expect a decision from the federal government by Nov. 12.

The U.S. Department of Transportation’s BUILD, or Better Utilizing Investments to Leverage Development, program offers competitive grants for transportation projects across the country. Previously, Wheeling did not receive the $10 million BUILD grant it applied for in 2018.

The project area encompasses Main, Market, Chapline and Eoff streets, as well as their cross streets, between Interstate 70 to the north and 16th Street and Wheeling Creek to the south.

Downtown Wheeling is also a federally-designated “opportunity zone” where major tax incentives are available for investments in real estate improvements and business enterprises, Elliott said. He added that he is particularly glad to have unified state leadership behind the federal funding application.

Elliott and Herron presented the RENEWAL project — which stands for Revitalized Network for Walking, Accessibility and Livability — and discussed its importance with the White House Office of Intergovernmental Affairs and the U.S. DOT Office of the Secretary during their trip.

White wrote a letter to U.S. Transportation Secretary Elaine Chao stating that his department is pleased to support Wheeling’s project and federal grant application. White pledged to manage implementation of the project when it is funded and launched, according to the city.