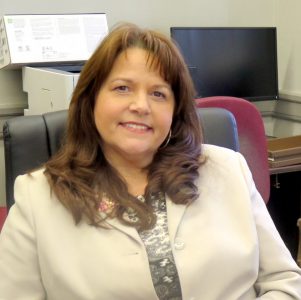 WHEELING — A lawyer representing a family court case successfully argued Wednesday that the Ohio County circuit clerk erroneously used her position as a “gatekeeper” when she declined to accept a case filing last month.

Wheeling attorney Teresa Toriseva had sued Circuit Clerk Brenda Miller after the clerk’s office staff declined to accept a filing in a family matter Oct. 31 in which the lawyer requested the names of those involved to remain confidential.

“This is really about access to the courts,” Toriseva argued during a hearing Wednesday before Ohio County Circuit Judge Ronald Wilson. “We get (filings) thrown out of court by circuit judges all the time … but it’s not the role of the circuit clerk to reject our filings.”

Wilson agreed, ordering Miller to accept Toriseva’s case on behalf of an anonymous client dated retroactively to when her firm first attempted to file the original petition.

Miller previously said her office declined to accept the case because Toriseva’s law firm was named as the petitioner instead of the client involved in the family matter.

Donald Tennant Jr., the Ohio County solicitor who represented Miller at Wednesday’s hearing, argued the circuit clerk could not accept the original paperwork on Oct. 31 because it was sent by fax and did not include the mandatory filing fee. When a member of Toriseva’s staff visited the circuit clerk’s office the following day, Tennant said Miller attempted to get clarification about “defective” aspects of the filing that were missing, but that person left before she returned. He said the office held onto the documents, but did not formally accept them with a timestamp while the staff waited for additional information by the petitioner.

Toriseva responded that the case was “time sensitive” and it was unreasonable for her client to have to wait for the clerk to accept it so it could go through the judiciary, either through the circuit court or family court.

Wilson suggested the matter was a simple one that could have been resolved without a hearing.

“If someone had given me a phone call, all of this would have ended in one day,” Wilson said.

But Toriseva said the case has larger implications over whether the circuit clerk can refuse to accept filings from the public. She asked Wilson to make it clear to Miller that the public should not have to “jump through hoops” to file such cases in the future.

“We were stonewalled for making a simple filing,” Toriseva said. “This is just one filing, but it’s so outrageous that it was rejected.”

While details of the domestic case at the center of the filing remain withheld from the public, Wilson admitted the “case is more complex than you realize.” He suggested it could eventually make its way to the state Supreme Court.

After the 30-minute hearing, Toriseva declined to discuss the details of her client’s case or why it could have larger legal ramifications in West Virginia.