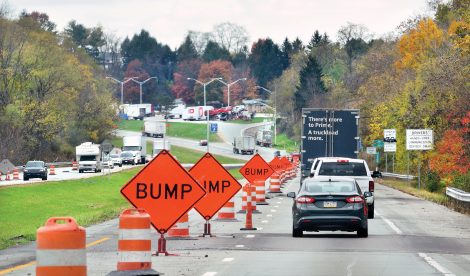 WEST ALEXANDER, Pa. — As longwall mining moved outside the “highway limits” along Interstate 70 between the Pennsylvania state line and the visitors center in Ohio County nearly a month ago, West Virginia Division of Highways officials expect to begin milling and paving that section of highway this week.

“Ninety percent of the subsidence occurred within 10 days of (the longwall mining) passing through,” DOH Area Engineer Mike Witherow said.

He said within the first week of October, the mining cleared the highway embankment in that area. While DOH officials continue to monitor that section of highway, Witherow said they believe the ground has stabilized to the point where it can now be repaired and repaved.

“In the meantime, we’re redesigning that segment of road to bring it back into a 70 mph design … because where it subsided it deformed,” Witherow explained. “In some areas the center line dropped a little more than the edge lines.”

He said the DOH is scheduled to begin milling and paving along that section of highway to “reestablish a good profile” that would meet the 70 mph speed design.

“So we got a plan. We just decided to hold off for the weather and start next week,” he added.

Witherow said if everything goes as scheduled, the DOH hopes to make any necessary repairs and complete the paving work over the next week and reopen it back up to two lanes in both directions until the longwall mining passes through that area again sometime next spring. He said the Tunnel Ridge Coal Co. is scheduled to pass beneath an area of the highway again (slightly west of the current coal panel), sometime around next May.

“They will be going under another 1,200-foot section just to the west of the segment we are working on now, and that will actually include the welcome center,” Witherow said.

While there are plans to close the welcome center during the mining phase next spring, he said the state is making provisions to put in temporary office trailers and restroom facilities near that location. In addition, he said the Tunnel Ridge officials have expressed that they plan to do some mitigation work at the welcome center in early spring of next year in an effort to minimize any possible damage from mining subsidence to that location.

“So as part of that, we will have to close that building. So we’ll see some work on the rest area probably beginning as early as March … and we’ll go back into the monitoring phase in May,” he added.

Since early this year, motorists have encountered traffic delays on both sides of the state line as contractors made repairs to compression cracks and bumps due to the ongoing mining beneath that area. Local contractor Kelly Paving created “relief joints” as part of the DOH being proactive in mitigating any subsidence damage to that area.

Motorists will continue to be narrowed to one lane in both directions until the paving work is complete, according to Witherow. For safety reasons, the speed limit continues to be reduced to 45 mph throughout the work zone.

WHEELING — A second person has died of COVID-19 in Ohio County, health officials announced Saturday. The ... 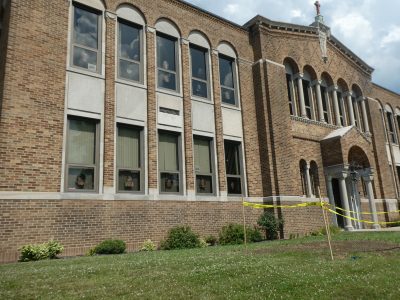 Sept. 8 Mandate for All W.Va. Schools, Not Just Public

Marshall County Schools Tech Up To The Challenge

MOUNDSVILLE — When COVID-19 struck locally in the early spring, Marshall County Schools, like most across the ... 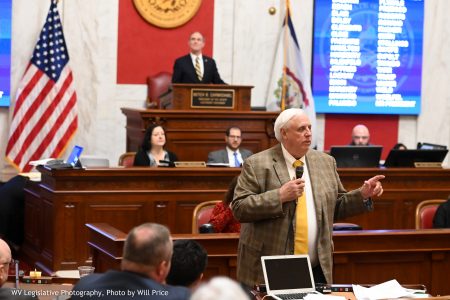 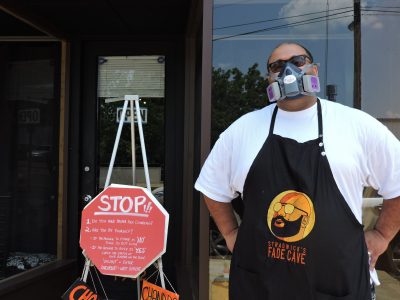