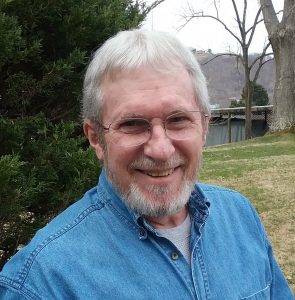 WHEELING — Mike Harasuik, 67, of Wheeling said he saw the television commercials for anti-smoking campaigns but never thought he would be like one of the people talking about how smoking changed their lives.

Harasuik worked at Miklas Meat Market in Wheeling for 15 years before getting a job working in the White Palace banquet hall at Wheeling Park. While working at the banquet hall, he started to have leg cramps that would leave him unable to walk for several minutes after climbing the stairs.

He soon realized that he could have a real problem and went to his general practitioner, who ordered tests to evaluate the blood pressure in his arms and legs. Harasuik has since returned to work at Miklas Meat Market.

His doctor referred him for a consult with a vascular surgeon at WVU Medicine Reynolds Memorial Hospital in Glen Dale.

“When patients have peripheral artery disease that causes severe blockages like these, they are at an extreme risk of limb loss and may require an amputation of the affected limb,” said Dr. Luke Marone, chief of vascular surgery and co-director of the WVU Heart and Vascular Institute. “It is essential that we act quickly to remove the blockage and restore blood flow to the limb.”

Peripheral artery disease develops because of inflammation and an accumulation of cholesterol-causing deposits in arteries.

These deposits can build up and completely block the flow of blood to the heart, lungs, limbs or brain.

When Harasuik went for pre-operative testing, his EKG showed that, because of a blockage in the arteries leading to his heart, he had experienced a heart attack without realizing it.

Doctors at the catheterization lab at Reynolds Memorial Hospital placed a stent to open the artery and restore blood flow.

Five days after the heart catheterization, surgeons removed the blockage from his right leg. Scans showed that his left leg was beginning to repair itself by growing collateral arteries to bypass the blockage, so surgery was not required.

After the surgery, Harasuik knew that he needed to make lifestyle changes to reduce his risk of future health problems. This included quitting smoking.

“They always tell you to quit smoking. My doctor told me that all of my health problems centered on smoking, and that it was what caused the heart attack and blockages, along with poor diet,” he said.

“I decided enough was enough. One night, I prayed to God to help me with this. I got up the next morning and decided to go one hour at a time. I told myself if I made it through the first hour, there is no reason I could not make it through the second. The hours turned into days, then weeks, then months. I quit cold turkey and haven’t touched a cigarette since Dec. 14, 2017.”

Harasuik realized he would not be able to isolate himself from smoking and that the temptation would always be present. When he woke up the next morning, he left his cigarettes and lighter on the coffee table as a way to learn how to tell himself no when he had cravings.

Old habits remained. He said that because he always smoked while driving, he would get in the car, put it in drive, open the ashtray and turn the cigarette lighter on. However, after he quit smoking, once the lighter popped open, he would close the ashtray and be over it.

Harasuik said he has noticed significant changes in himself since he quit smoking and changed his diet.

“When the doctors told me I had had a heart attack without noticing it, I told the doctors that I thought I felt good,” Harasuik said. “The way I felt had become normal to me, and I didn’t know what good was until I quit smoking and started eating right. I realized that this is what feeling good was really like.”

Since his surgery, Harasuik can more easily keep up with the pace at the deli and can walk up to nine miles during a busy shift.

“It doesn’t bother me a bit,” he said. “Two years ago, if I walked up a flight of stairs, my legs would cramp so bad I could hardly walk. Now, I can go to the mall, walk all over the place, and have no problem whatsoever. I am living proof that cigarettes do take a toll. If anyone is smoking, perhaps take it as a personal challenge to prove that you are better than the cigarettes. You can quit and get through it.”