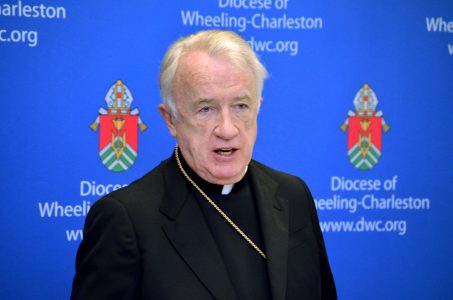 WHEELING — Disgraced former bishop Michael Bransfield regularly abused prescription drugs and alcohol, which “likely contributed to his harassing and abusive behavior,” according to a secret report commissioned by the Roman Catholic Church.

Also during Bransfield’s 12-year tenure as bishop, the Diocese of Wheeling-Charleston spent $187 million more than it took in, causing the former bishop to draw from the diocese’s endowment and mineral rights account to make up the deficit, according to the report.

The Washington Post released the entire 60-page Bransfield report Monday. The newspaper obtained a copy of the document in June.

The report, labeled “privileged and confidential,” was submitted on Feb. 21 to Archbishop William E. Lori of Baltimore by the firm of Zuckerman Spaeder LLP.

Factual findings in the report include:

* “By failing to take any action, the chancery monsignors enabled the predatory and harassing conduct of Bishop Bransfield, and allowed him to recklessly spend diocesan funds for his own personal use. Further, independent, qualified lay and clergy board members should be selected to serve appropriate advisory roles in connection with actions taken by diocesan-related entities and should receive support for their proper functions.”

* “Despite witnessing multiple instances of harassing and abusive behavior over several years, none of the Vicars took action to address Bishop Bransfield’s behavior. The Vicar General and Judicial Vicar, in particular, acknowledged that they were aware of Bishop Bransfield’s tendencies and sexual harassment, but took no steps to prevent it based on a combination of fear and loyalty toward the bishop.”

* “No conclusive evidence was found that Bishop Bransfield committed sexual misconduct with minors. Several troubling incidents, however, were reported that cause concern that the bishop may also have targeted minors, particularly altar servers.”

* “Bishop Bransfield’s abuse of alcohol and prescription drugs likely contributed to his harassing and abusive behavior. Although Bishop Bransfield’s sexual harassment and intimidation occurred both during the day and night, multiple instances of abuse were reported when the bishop was heavily intoxicated and/or under the influence of prescription pain medication.”

* “Principles of corporate governance were not followed during the period Bishop Bransfield was bishop, which allowed him to spend the diocese’s money as he saw fit without any meaningful review or approval from the diocese’s Finance Council or by the boards of DWC-controlled entities who deferred routinely to Bishop Bransfield’s wishes as to how diocese funds would be utilized.”

* “During the period of his episcopacy, the operating expenses of the diocese exceeded its income by $187 million, causing the bishop to draw from the diocese’s endowment and mineral rights account to make up the deficit and pay for various projects initiated by the bishop. Bishop Bransfield exhibited a pattern of using diocese funds as if they were his own without regard to need or whether the diocese could afford a particular project.”

* Bishop Bransfield adopted an extravagant and lavish lifestyle that was in stark contrast to the faithful he served and was for his own personal benefit. The bishop traveled frequently, almost exclusively by first class airfare or private jet. He spent large sums on gifts, flowers and alcohol, and authorized the renovation of his personal residences at unreasonably high cost.”

Remodeling costs for three residences used by Bransfield totaled $6 million, the investigators said. These expenditures included $4.6 million spent on the bishop’s home at 52 Elmwood Place in Wheeling; $722,792 at a residence in Charleston and $697,105 for a residence on the Welty TownHomes site in Wheeling. After the report was prepared, the diocese announced plans to sell the Elmwood Place home. David H. and Meredith McKinley of Wheeling later purchased that property for $1.2 million.

The investigators also wrote, “Despite witnessing multiple instances of harassing and abusive behavior over several years, none of the vicars took action to address Bishop Bransfield’s behavior.”

The report added, “Both the Vicar General (Annie) and the Judicial Vicar (Quirk) lamented the paucity of options available to them in terms of calling attention to Bishop Bransfield’s behavior; however, they both also significantly benefited from Bishop Bransfield’s episcopacy. Both were given substantial roles with respect to the administration of the DWC as well as the multiple entities controlled by the bishop.

“The Vicar General lived in the bishop’s residence throughout Bishop Bransfield’s tenure, witnessing his inappropriate conduct … while enjoying the benefits of the lavish entertaining and lifestyle that the bishop insisted upon as his right.

‘While claiming that they were powerless to take action to address the bishop’s conduct, we conclude that both the Vicar General and Judicial Vicar turned a blind eye to the bishop’s sexual overtures and other troubling behaviors, such as alcohol and drug abuse …”

A cover letter indicates that the investigation was conducted by Gregg L. Bernstein and Caroline Judge Mehta, both of Zuckerman Spaeder LLP; Christopher Helmrath of SC&H Group; Dr. Diane Barr from the Archdiocese of Baltimore and John Moore.

The Post reported the Diocese spent more than $500,000 on the investigation.

Diocesan spokesman Tim Bishop released a statement late Monday afternoon: “As has been thoroughly reported, and well communicated by Bishop Mark Brennan, The Holy Father determined that the allegations of sexual harassment of adults by Bishop Bransfield were credible and also determined that he had misused Diocesan funds. It is for this reason that Pope Francis imposed severe penalties on former Bishop Bransfield, which include restricting him from publicly celebrating liturgy as a priest or bishop; from residing in the diocese of Wheeling-Charleston; and also the requirement to make personal amends for some of the harm he caused. Bishop Brennan is focused on that last requirement and has already communicated a plan of amends to the former bishop, given that former bishop Bransfield did not himself present a plan of amends. That plan was also communicated to the faithful of the Diocese. Bishop Brennan will communicate further about this matter in the new year.

“In the meantime, Bishop Brennan urges all to enter into the spirit of Christmas, with the hope that the new year will be one of healing and renewal for the good and faithful people of West Virginia.”

Since February, when the confidential investigative report was completed, West Virginia’s attorney general and police in Washington, D.C., have issued subpoenas to church officials in Wheeling and Baltimore, seeking the report and other records about Bransfield that they believe could help investigations into sex abuse claims. In public statements, church officials repeatedly pledged to cooperate.

In recent months, FBI agents have interviewed multiple church officials in West Virginia about Bransfield. It is not clear if they have asked for the report. An FBI spokesman declined to comment. D.C. police are probing an allegation that Bransfield inappropriately touched a 9-year-old girl on a church trip to the nation’s capital. They have sent subpoenas for a broad array of Bransfield-related documents to church leaders in West Virginia and the archdioceses of Baltimore and Philadelphia, where Bransfield started his career.