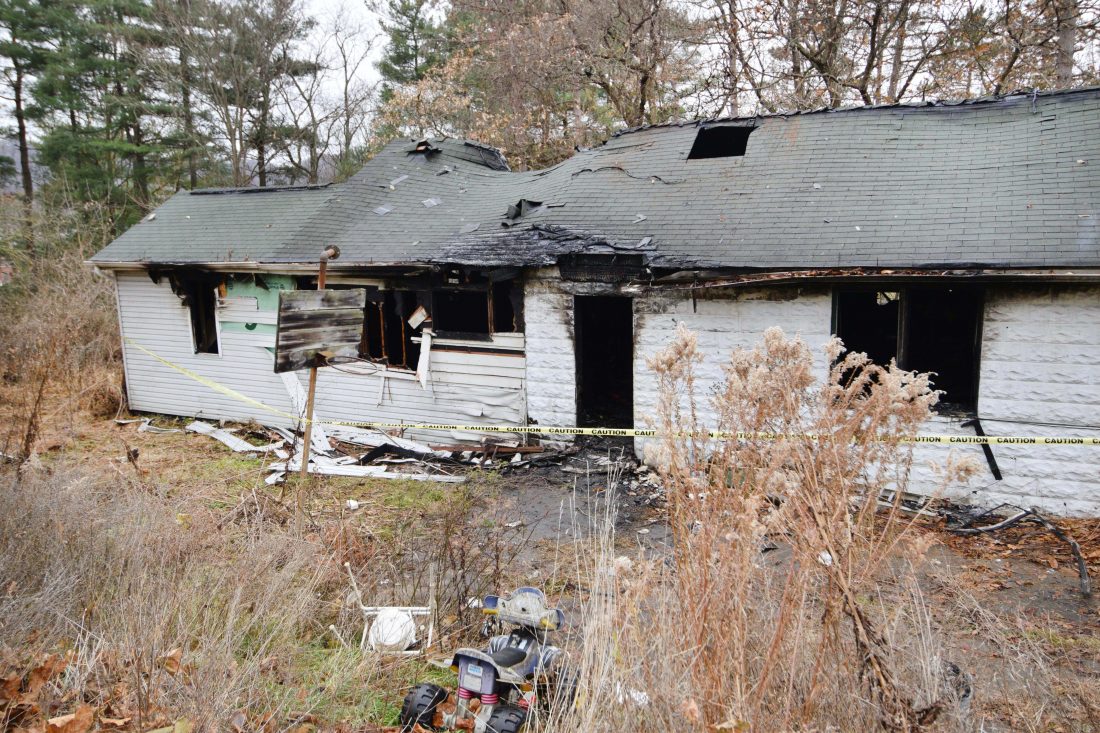 No injuries were reported after Wheeling firefighters responded to a vacant house fire at 142 Stone Church Road in Elm Grove about 2 a.m. Monday.

WHEELING — Fire destroyed a vacant house Monday morning, making it the third vacant structure to catch fire in Wheeling over the past seven weeks.

However, Wheeling Fire Chief Larry Helms said there is a normal “uptick” in the number of vacant structure fires that his department sees during fall and winter.

No injuries were reported after Wheeling firefighters responded to a vacant house fire at 142 Stone Church Road in Elm Grove about 2 a.m. Monday. A motorist traveling on Interstate 70 saw the flames and called 911 to report the fire. Firefighters battled the blaze for an hour.

When firefighters arrived on scene, flames were already visible near the roof and windows, according to Philip Stahl, the public safety spokesman for the city. He said utilities were still connected to the structure.

No injuries were reported in a separate vacant structure fire that occurred last Friday at 92 Lane 15 in East Wheeling between 17th and 18th streets and spread to a next door structure.

That structure was also fully involved when firefighters arrived on the scene.

Meanwhile, a vacant house in the Mozart section of Wheeling that had been in violation of the city’s property maintenance code for more than a year and was slated for demolition caught fire Oct. 15 and then spread to a neighboring house. Both structures on South Frazier Avenue were destroyed, displacing the family of three who lived next door.

Helms said while the three recent fires are still under investigation, it is not unusual for his department to battle an “uptick” of vacant structure fires coming into the colder months of the year. He said these types of fires can occur for a number of different reasons. He said a couple of the structures still had utilities connected.

“It could have been a problem with utilities,” Helms explained. “At this point all three are active investigations and none of the three have been linked.”

In addition to the obvious safety reasons, Helms said there are variety of concerns with vacant structures. He said one of the things as always to be concerned about is keeping vacant structures properly locked and boarded up so “squatters” can’t gain easy access to the structure.

“I don’t know if that’s what caused those or not, but if you get someone squatting somewhere and they’re trying to use alternative heat sources to stay warm … that’s always a concern. Keeping them boarded up and impassable is the key,” Helms said. “We’re always concerned about vacant structures because they’re dangerous to our personnel as well, because we don’t know what the structural integrity is.”