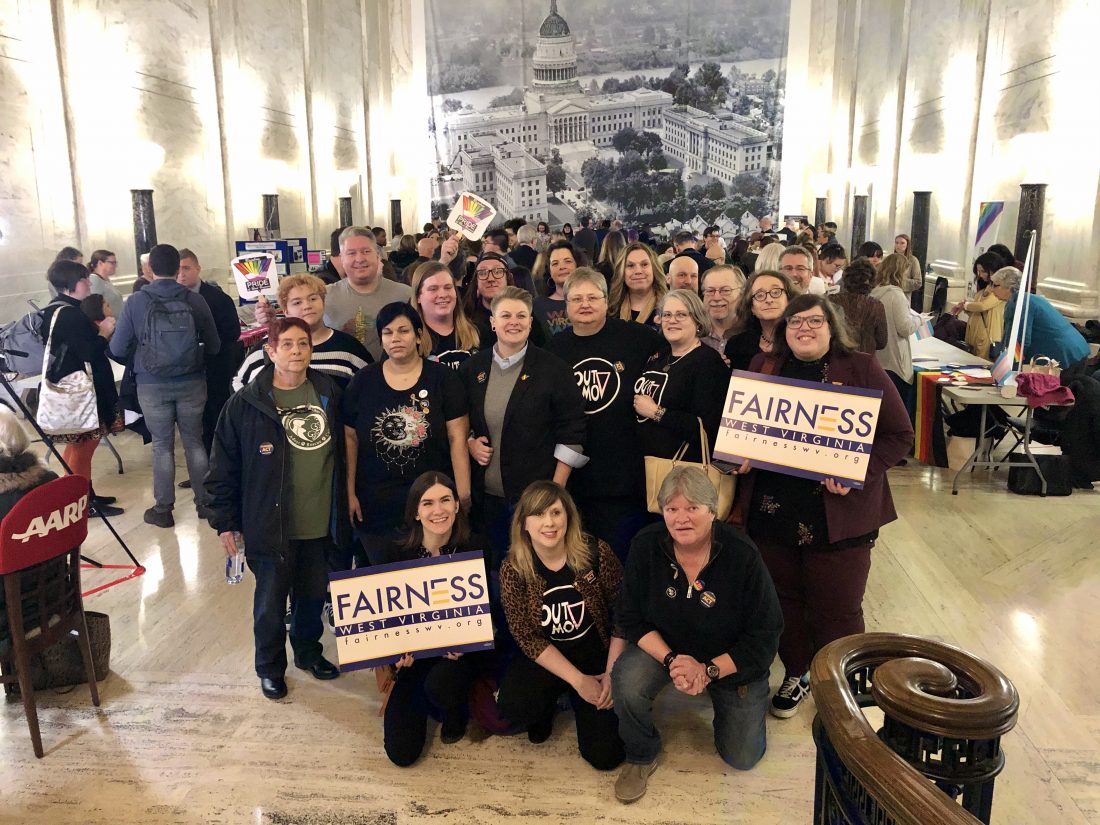 Supporters of the Fairness Act, including members of Out MOV, rally at the State Capitol Building Thursday.

CHARLESTON — Supporters of a bill to put sexual orientation and gender identity in the state’s non-discrimination ordinances rallied in front of the state Senate Chamber Thursday while a group of Christians sent a letter calling for the bill to make it to a committee agenda.

Thursday was All Kinds Are Welcome Here Civil Liberties Lobby Day at the Capitol. Multiple groups representing women, minorities, the poor and refugees Thursday met with lawmakers and encouraged them to support their causes.

“Our community had made significant strides over the last couple of decades, but we’re here to call on our lawmakers to finally live up to the value that mountaineers are always free. LGBTQ people across this state wake up and go to work knowing that at any moment they could be fired or evicted just because of who they are and who they love.”

Senate Bill 270 creating the Fairness Act was introduced Jan. 10 with eight bipartisan co-sponsors, including Senate Majority Leader Tom Takubo, R-Kanawha, Senate Majority Whip Ryan Weld, R-Brooke. The bill was sent to the Senate Judiciary Committee, but has not been put on a committee agenda.

A group of 507 Christians from around the state who were organized by the Rev. Jennifer Williams with the United Methodist Church in Morgantown and Pastor Zac Morton with the First Presbyterian Church of Morgantown sent a letter to senators calling for the Fairness Act to be taken up.

“We are grateful for the freedom of religion, and our faith leads us to work toward greater freedoms for all people, especially vulnerable populations like the LGBTQ community,” the letter stated. “This non-discrimination legislation does not infringe upon religious freedom, but rather helps us to live more fully into being a society that values freedom for all, and not just some, people.”

At the heart of the Fairness Act discussion has been Senate President Mitch Carmichael, R-Jackson. Carmichael participated in a panel discussion on Dec. 3 with Fairness West Virginia as it rolled out the Fairness Act. Since then, Carmichael has hosted conversations with Christian leaders in the 4th Senatorial District who opposed the bill.

In a press release Jan. 14, Carmichael said he supports the concept of including sexual orientation and gender identity in the state housing and employment non-discrimination statutes, but he did not support the Fairness Act as currently written.

Signatories of the letter to lawmakers reminded Carmichael of statements he made in that press release and called in Senate Judiciary Committee Chairman Charles Trump, R-Morgan, to allow discussion of the bill.

“Senate President Carmichael said, ‘I do not consider it my role to prevent the other 33 members of (the Senate) from vigorously hashing out any issue, sensitive or not. Only through open discussion and careful consideration can we effectively do our jobs,'” according to the letter.

“Senator Trump, we ask that you take your cue from Sen. Carmichael’s endorsement of open discussion and place SB 270 on the Senate Judiciary Committee agenda soon so that the committee can discuss the bill and vote on its passage to the Senate floor in time for it to receive three readings on the floor and be voted upon by the Senate before the crossover day deadline.”

More than 100 members of various faiths and Christian denominations have endorsed the Fairness Act, while several pastors on Carmichael’s district have come out against the bill. Schneider said that the concerns of some Christian leaders is unfounded.

“They wouldn’t have endorsed a bill that posed any threat to religious freedom,” Schneider said. 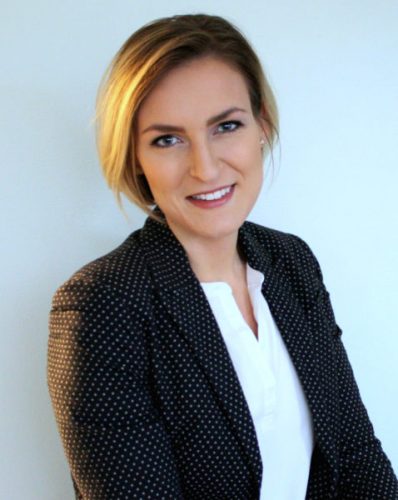 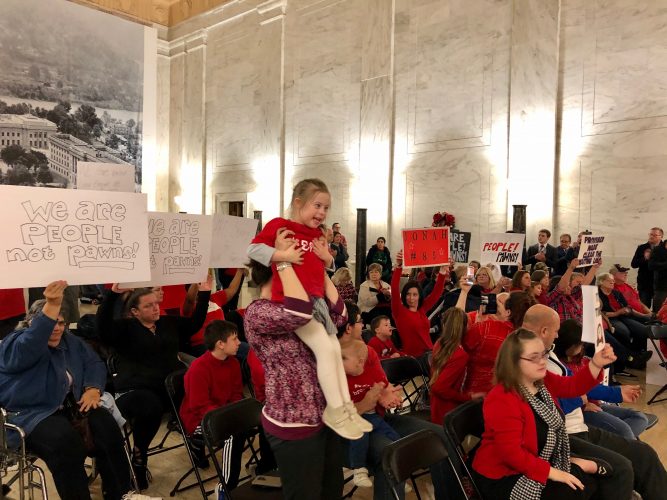 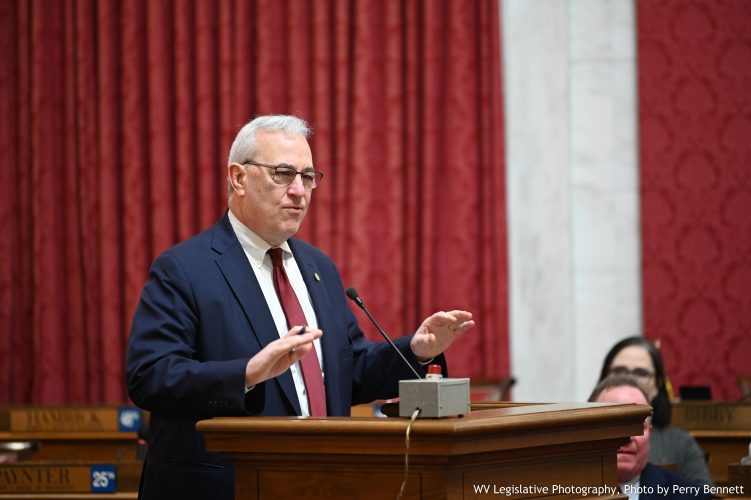 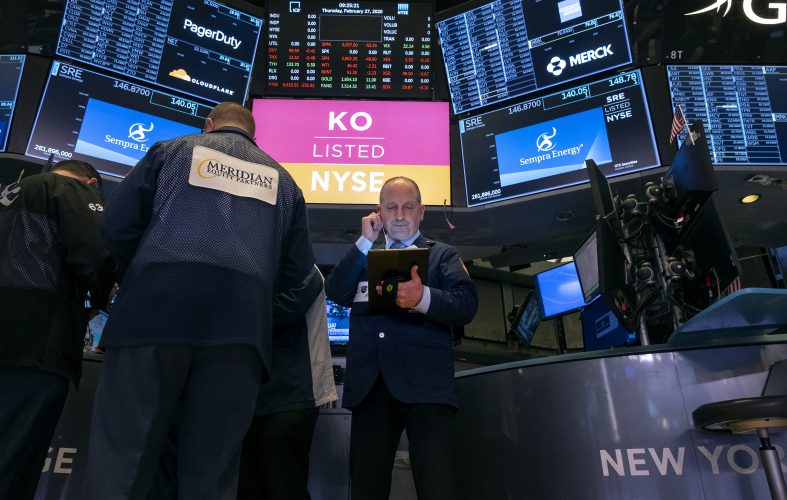