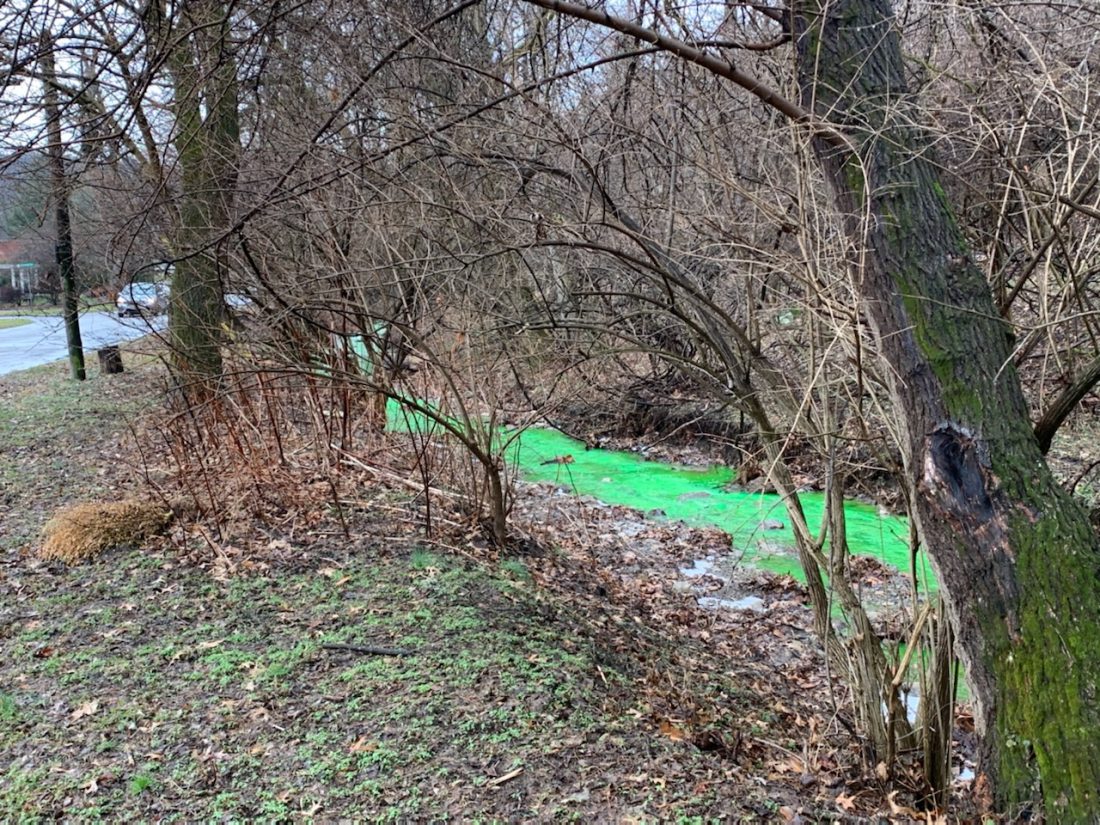 WHEELING — Elm Run flowed with fluorescent green water Friday in Woodsdale, causing quite a stir in the neighborhood and on social media.

But Wheeling officials said there was no reason for concern as an engineering consultant hired by the city added the green dye to the creek in the morning to find leaks in the sanitary sewer system.

Public Works Director Russell Jebbia said the dye, which is biodegradable and will not harm animals or people, moved through the stream and eventually flowed in Wheeling Creek.

He said the city notified nearby property owners along the run of the work, which was performed by C.T. Engineering.

A Damien Street resident who lives directly across from the creek, though, said she was not informed. She did receive several phone calls from curious friends and family, although she was unconcerned about the situation.

“I think maybe they could have warned us,” said the woman, who declined to identify herself. “But I just had a lot of calls and texts, asking, ‘What’s going on with your creek?’ It wasn’t concerning. I saw that they were testing for leaks, seeing if the creek water goes into the sewage, but that’s it.”

The results of the consultant’s test were not immediately available.