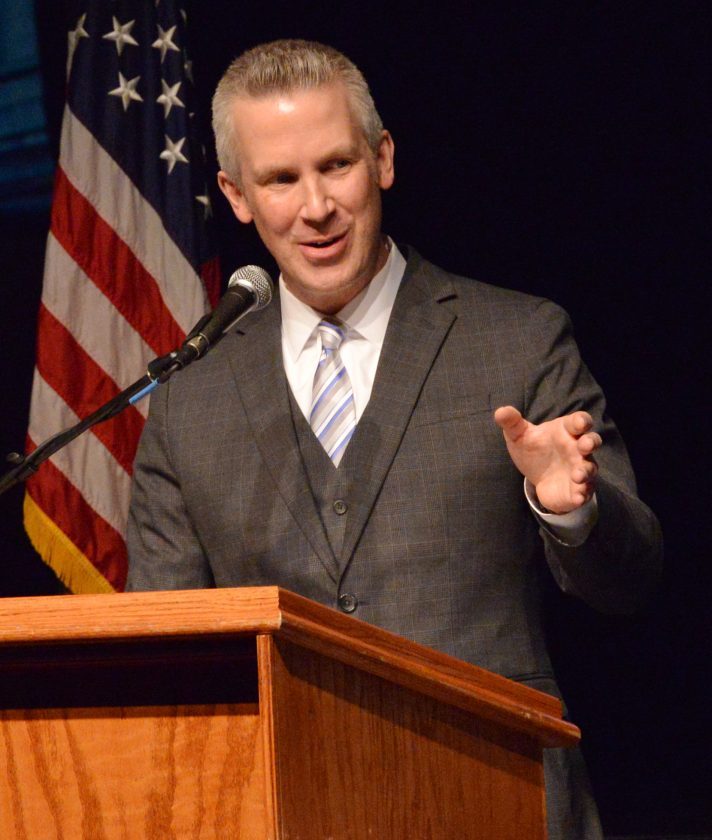 WHEELING — Wheeling Mayor Glenn Elliott will join mayors from across the nation at the White House today for a discussion on transforming America’s communities.

The White House Office of Intergovernmental Affairs invited Elliott to be present as they discuss “opportunity zones” and grant opportunities available for challenged communities such as Wheeling.

Elliott said he planned to leave Wheeling early today to drive to Washington for the 1:30 p.m. event, which is set to go until 4:30 p.m. He will return to Wheeling tonight.

Wheeling applied for a Better Utilizing Investments to Leverage Development grant last year, but was denied, according to Elliott.

“We’ve been working with folks in the White House Office of Intergovernmental Affairs to apply for federal BUILD grant. We didn’t get it, but we’ve built a better rapport with the office,” he said.

“(President Donald Trump) in 2016 talked about ‘fly over America,’ and the communities that had been forgotten by Washington. We have made the case West Virginia has been forgotten by a lot of folks, and that we’re trying to put it back on the map,” Elliott added. “They seem interested in Wheeling.”

The White House Office of Intergovernmental Affairs is using the concept of opportunity zones to bring more development to communities where it is needed.

“We’ve gotten to know them quite well, and the President has been to Wheeling several times,” Elliott said. “He will probably will be here more during this year’s campaign.

“Wheeling is one of many cities competing for a defined sum of government money. The agency does consider Wheeling a city ignored, and agrees it needs to be more of a focal point. We have to tell our story. Too often federal dollars go to larger cities. Wheeling is at the heart of country, and in a part of the country that needs some help.”

Elliott previously worked for the late U.S. Sen. Robert Byrd, D-West Virginia, in Washington, and agrees he and Trump are far apart politically and “don’t have much in common.” Still there is one important tie they do share.

Both are business graduates of the Wharton School of the University of Pennsylvania.

“I know we are in a very polarized time, and we have two sides fighting each other. I’m not going there (to Washington) to get in with him,” Elliott said. “Whether you like president or not, there are parts of the nation that need help and he appeals to people in those areas.

“We need to make our voices heard in Washington, and demand they hear our voices there going forward,” he said.