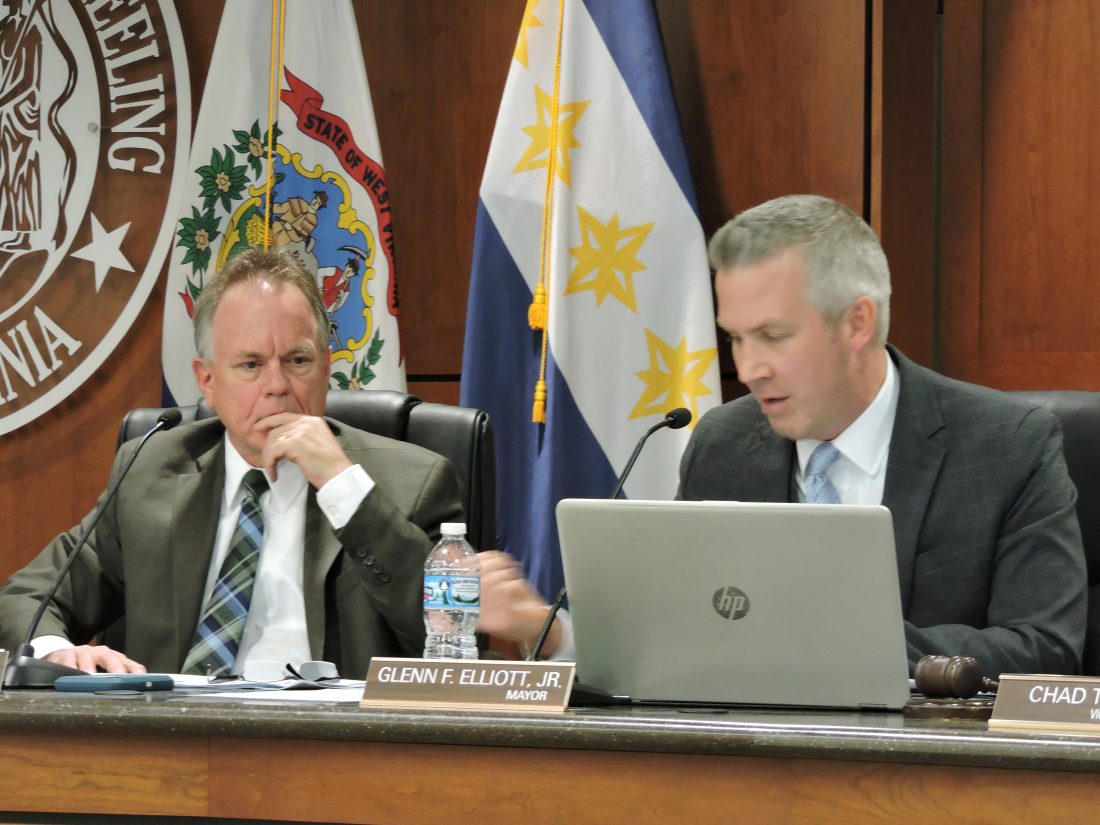 WHEELING — Based on the former usage of the property Wheeling is considering for its proposed Public Safety Building, a local businessman with experience at the location urged city leaders to look elsewhere.

The property at the corner of 19th and Jacob streets has been idle for years, but concern over its former use as an industrial site has been a point of interest for city council members, who have had several studies done on the environmental fitness of the location and potential costs of remediation, as well as the possibility of receiving grant funding through the U.S. Environmental Protection Agency. Council had been examining the property for construction of a Public Safety Building, which would house the city’s police and fire departments in a new, more modern facility.

At Tuesday’s council meeting, mayoral candidate Chris Hamm told members that he had worked in two separate capacities at the property over the years. He said he’d watched machinery persist at the location while operators met a tragic end due to what he believes are carcinogenic materials at the site.

“In 1978, 1979 I worked there at the ovens — for those who don’t know, they were making lids for (several companies), and there were a ton of chemicals being used in that facility,” Hamm said. “I witnessed many chemicals being spilled. I witnessed a lot of transactions with chemicals. Fast forward about 15 years later, … I was asked to come in as a stamping foreman at that property.

“Everything was exactly the same as it had been in 1978, except for one thing — none of the people who were working on those ovens were there anymore. They died of cancer, of tumors. I’m just asking you to look anywhere else than that property. I don’t care if the EPA puts a big checkmark on it. … I’m just telling you, use any resource you may have to look elsewhere, for these guys,” he said, gesturing to the audience that included several police and fire department personnel. “I don’t know if I’d want to put a building where there’s going to be sleeping 24 hours, where, maybe 20 years later, there’s something in that ground.”

The city on Dec. 17 agreed to enter into an option for a purchase agreement for the property, in which the city would pay property owner Frank Calabrese $150,000 for the property and place an additional $195,000 in escrow to be used for environmental remediation if federal grant funding could not be secured. If that funding were granted, the held money also would go to Calabrese. The agreement gave the city site control for 90 days.

After the meeting, Mayor Glenn Elliott said the city is still waiting to hear if it will get federal funding for the work, adding that no new information has yet come out. However, if such funding is approved, it would go toward further environmental study and rehabilitation.

“There’s a million-dollar grant and loan fund, which would then activate all that grant and loan work … ,” Elliott said. “We know there’s bad stuff in there, but there are ways to abate that land, put a layer beneath the soil and the concrete which will last a lifetime. … It adds to the cost, but it achieves the abatement needed. Obviously, we don’t want to put our first responders at any site where it’s dangerous.”

Fire Chief Larry Helms said he is very conscious of his firefighters’ safety and agreed that caution should be exercised to ensure the property is properly remediated.

“One of the reasons why they took the option for the property was so we could get that investigated,” Helms said. “What we’re starting to realize is that we have a lot of unusual cancers due to our exposure to chemicals. If this property isn’t suitable, we don’t want to put our guys there.”

Elliott added that the site is a known blight on the city and that even if remediation costs the city some money, the alternative is passing the problem down, possibly for years, to future residents and city leaders.

“We know the property is a problem. Part of the issue that I think is not given attention is that if the city does not address this property through this process, it will fall to a future city council to address it. It’s not going to go away. The private sector is not going to jump on that anytime soon. We’re looking at it obviously to fill a need for public safety … but it also is an opportunity to get rid of a blight, which, if we don’t get rid of it, could very well be there in another 30 years,” Elliott said. “I recognize that people are upset at the notion of (Calabrese) getting a payout here, but I don’t think that property owner has made any money over the years — if anything, it’s been a very, very bad investment. I know he’s paid tens of thousands in fire service and other fees for that property. … But we’re not looking at the building as an investment, we’re looking at the land. It has value to us that it doesn’t have to the private sector.”