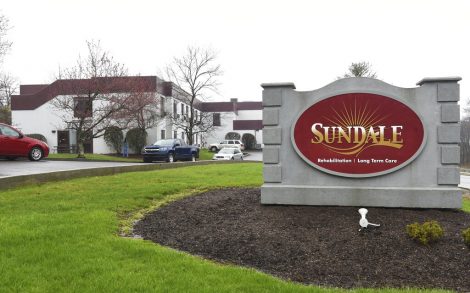 Sundale nursing home medical director Carl Shrader said 20 residents and eight staffers at the Morgantown facility have the virus, with four tests pending after an aggressive effort to screen nearly everyone at the center.

“What’s on all our minds is containing it where we have it and not letting it rage on if possible,” he told The Associated Press in a phone interview.

Shrader has said Sundale is ” ground zero “ for the virus in West Virginia. State officials reported at least 51 positive cases as of Wednesday night, with the largest number in Monongalia County where the nursing home is located.

“It is the horror story that we absolutely didn’t want to have happen, at least from a nursing home standpoint because that’s a place, you know, that our elderly are at for sure,” Justice said at a news conference Thursday.

Testing remains limited, meaning most people now spreading the highly contagious virus may not know they have been infected, and state health officials have admitted their count lags behind the actual total as results pour in from counties around the state. West Virginia has yet to report a death from the coronavirus.

Isolation measures are in place throughout the nursing home, with the facility receiving donations of testing equipment and safety gear since the first case emerged Sunday. The state’s National Guard is also assisting in the effort.

“I think we’re all feeling tired. It’s been a process, we’ve had very long days but everyone’s staying positive and realizes this is something we have to accomplish,” Shrader said, adding that he and others have been fielding calls from worried family members who have been barred from visiting the facility.

Justice, a Republican, has repeatedly warned of the virus’s potential damage in a state where about 20% of the population is 65 or older and a high percentage of people have existing health problems. A recent Kaiser Family Foundation study found that West Virginia has the nation’s highest percentage of adults at risk of developing serious illnesses from the virus.

For most people, the new coronavirus causes mild or moderate symptoms, such as fever and cough that clear up in two to three weeks, and the overwhelming majority of people recover. But severe cases can need respirators to survive, and with infections spreading exponentially, hospitals across the country are either bracing for a coming wave of patients, or already struggling to keep up.