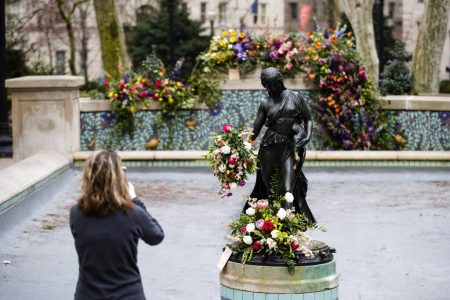 HARRISBURG, Pa. (AP) — Business groups greeted a broad shutdown order from Pennsylvania’s governor with questions, objections and outrage on Friday, warning of its implications and seeking clarity about its details.

Among the toughest actions by a U.S. governor to combat the spread of COVID-19, Wolf’s order drew loud complaints.

“Gov. Wolf’s order from earlier this evening was not discussed beforehand with any of the stakeholders who could have explained the flaws in his plan, which could have been corrected prior to alarming the public,” Pennsylvania Manufacturers’ Association head David Taylor said late Thursday.

The Pennsylvania Chamber of Business and Industry said Friday it was pressing for changes to the order.

Wolf’s order said more than 150 types of businesses had to close their physical locations. He said the order would be enforced by state troopers, local officials, the state Health and Agriculture departments and the Liquor Control Board.

A state police spokesman said early Friday that specifics about enforcement were expected to be made public later in the day.

Businesses that do not comply can be cited, fined, have their licenses suspended and forfeit disaster relief, the administration has said. Criminal charges are also possible, the governor’s office said.

Among those allowed to stay open are gas stations, grocery stores, beer distributors, drugstores and building materials stores. Restaurants and bars can continue to offer carry-out, delivery and drive-thru food and drink service, but not dine-in service.

Businesses under shutdown orders range from coal mines to building contractors to many types of manufacturers, along with professional offices, such as law firms and accounting offices.

Pennsylvania has reported one death and more than 180 people sickened from the coronavirus so far. Schools have been shut down through March, at least, statewide student assessment tests have been canceled for the year and unemployment claims have skyrocketed.

The Associated Press receives support for health and science coverage from the Howard Hughes Medical Institute’s Department of Science Education. The AP is solely responsible for all content.