Why I Remain Catholic: A Defense of Faith in a Time of Challenge 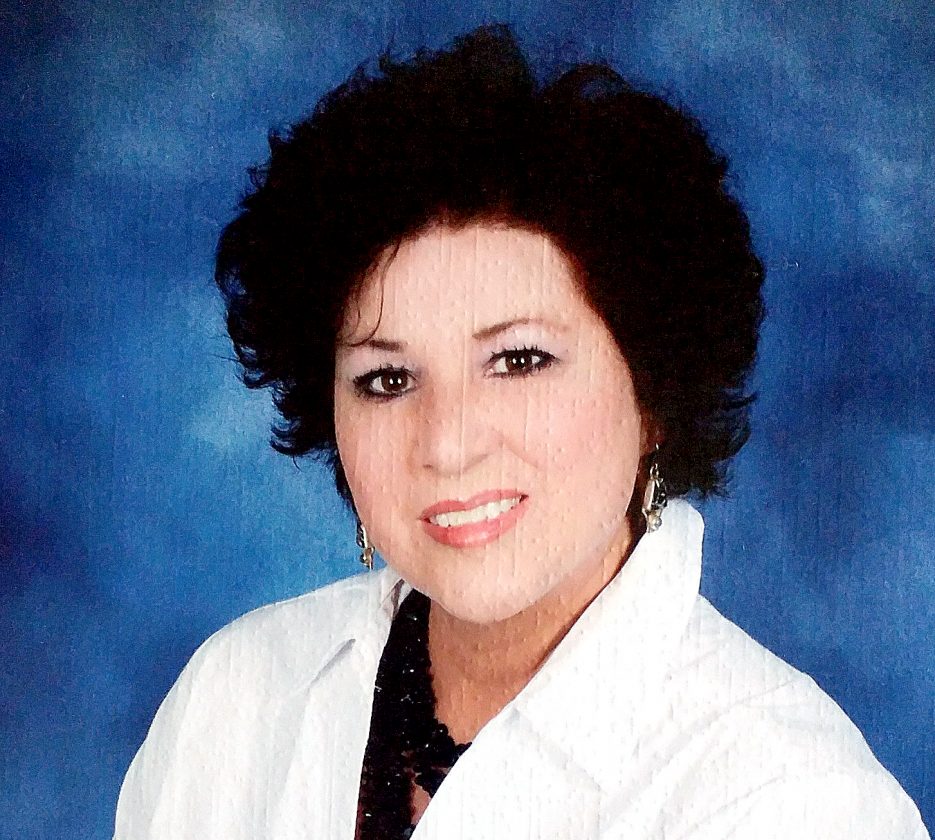 Recent revelations related to the tenure of Bishop Michael J. Bransfield as bishop of the Diocese of Wheeling-Charleston have outraged the Catholic community and shaken the faith of even its most devout followers both within the state and nationally. Evidence concerning financial improprieties and sexual harassment of adults by Bransfield has made many “cradle” Catholics question the very tenets of faith with which they were raised, some believing that their only recourse is to leave the church of their childhood, and, in essence, abandon their spiritual home. In their estimation, the moral authority of the church has been so compromised that it can no longer provide the spiritual compass that has guided the faithful for over 2,000 years.

The faithful are angry, as they should be, and in response to the recent atrocities by Bransfield, WV Lay Catholic Voices for Change has organized an online petition that seeks to address the issue of clericalism within the church, or, simply, the unchecked authority of the church in matters both ecclesial and theological. Many feel that inaction and silence on the part of the laity concerning clerical abuses amount to complicity and a tacit pass for immoral behavior. I, too, am angry; I, too, understand the need to give voice to that anger, not least because of the emotional carnage Bransfield has left, but also because of the emotional pain and turmoil so many have suffered, clergy included, because of him. However, I have not signed the petition, nor will I, because it paints with indiscriminant strokes all of the clergy in positions of authority within the diocese and presumes guilt by association. I am troubled by this.

I was also troubled by the recent protests from LCVC that encouraged Catholics to refrain from tithing to the diocese for capital campaigns such as the Catholic Sharing Appeal and the priests’ retirement fund. Such actions would have only hurt small parishes who rely on diocesan financial assistance to maintain their staff and meet their financial obligations; such actions are simply not consistent with a Catholic committment to support our local ecclesial communities. We are a united church, united as “one holy Catholic and apostolic church,” unified under Rome.

My intention here is neither to indict nor defend Bishop Bransfield; I leave those onerous and unholy tasks to higher authorities: the Holy See, the judicial process, and God. Nevertheless, I do hope to explain the reasons that I remain Catholic even as the church faces some of the most grievous challenges it has faced in modern times. My faith in the church itself as the mystical body of Christ has not been compromised, and while I was at one time a “lapsed Catholic,” for 28 years to be exact, I cannot be anything else.

Like many, my journey of faith began in childhood, both within my family and with my Catholic school upbringing — in this case at St. Francis de Sales Central Catholic School, where I was instructed in the faith by the Ursuline Sisters of Louisville, Kentucky. They were smart, kind, and strict; they were disciplined, spiritual, and devout. They expected discipline and excellence from their students and guided us in the faith.

Soli Deo Gloria — For the Glory of God Alone.

It is at St. Francis, under the tutelage of the Ursulines, that I learned the principles of social justice. It is here where I learned the corporal works of mercy:

∫ give drink to the thirsty

An integral part of Catholic social teaching is the primacy of good works — practicing what we preach, in other words, “for faith by itself, if it does not have works, is dead.” Not only the Ursuline sisters, but also many of the priests, both diocesan and those from particular orders, such as the Paulist fathers at St. John University Parish, modelled these teachings, and the better among us tried to emulate them.

In words attributed to St. Francis of Assisi, “Let us not love in word or in tongue, but in deed and in truth.”

It is also at St. Francis that I learned the history of Christianity, which, until the Protestant Reformation in the 16th century, meant “catholic” as the universal church, the oldest, largest, and first Christian church in the world. It is here that I learned about the sacraments, which Catholics identify as gifts from God, and which the priest, in persona Christi, administers. In John 6:51-52, the Bread of Life Discourse, Christ tells his followers:

“I am the living bread that came down from heaven; whoever eats this bread will live forever; and the bread that I will give is my flesh for the life of the world…unless you eat the flesh of the Son of Man and drink his blood, you do not have life within you.”

For Catholics, this is perhaps the most important of all scripture because it institutionalizes the sacramental nature of the Eucharistic sacrifice and celebration. For us, Holy Communion is not merely symbolic; we believe the bread and wine at the Mass truly become the body, blood, soul, and divinity of Christ. When a Catholic rejects his or her faith, it is not any particular church, priest, or person we are rejecting; we are rejecting Christ himself.

It is also at St. Francis where I learned the history of the church and the saints, the first martyrs of the Christian church who by vocation, works, or tradition became advocates on our behalf; they are also recognized for their holiness. To be clear, the church does not worship the saints or the Blessed Mother for that matter. But we do venerate them and seek their intercession, just as one might ask a friend for prayers during a difficult time. They hold a special place in the life of the church as do the rosary and novenas, a focused, devotional prayer lasting nine days in duration.

Like many young Catholics, indeed many young people in general, I had a tenuous relationship with my faith. Christianity, Catholicism in particular, had too many rules, in particular those concerning the role of women in the Church and the historical representations of women, codified in Western civilization and long perpetuated by the church. I was much more likely to be inspired by the defiant Eve than the obeisant Madonna; I asked for neither forgiveness nor permission. Feminism was my faith, and I was a devout follower. I am still a feminist, but I have a much clearer understanding of the theology of the church than I did in my youth, a theology that is consistent in its belief in the dignity of the human person, from womb to tomb in the church’s lexicon.

After my mother’s death, I found my faith again, or, perhaps more accurately, my faith found me, as if it were a rediscovery of a family heirloom tucked firmly away in a dresser drawer, only to be taken out and polished back to its original sheen and worn not so much as adornment, but as an integral part of my history, both personal and familial. The community of St. Francis de Sales Church embraced me, like extended family, and it was a comfort to reestablish relationships with people and families who had known my family for generations. I was reminded of the beauty of my faith through another sacrament, that of penance and reconciliation, when I walked in to St. John University Parish off the street one day and received this gift after an almost 30-year absence. Often misunderstood and maligned by both Catholics and non-Catholics alike, this sacrament allows us to empty our hearts of all the trappings of our human frailty and in that empty place we are filled with grace and are more fully able to embrace the love of God:

“Jesus said to them again, ‘Peace be with you. As the Father has sent me, so I send you.’ And when he had said this, he breathed on them and said to them, ‘Receive the Holy Spirit. Whose sins you forgive are forgiven them, and whose sins you retain are retained.'”

It is not simply the sacraments, the saints, the dogma of the church, or the orthodoxy that I rediscovered when I returned to the church; it was also the history of western civilization itself. Throughout history, the church has inspired some of the greatest works of art, architecture, and literature the world has seen. When the Cathedral of Notre Dame caught fire in April, it was not just Catholics who mourned the devastation, but also those of no faith who saw her as a sacred symbol of France itself, juxtaposed serenely and majestically against the more secular Eiffel Tower, its gothic spires stretching ever upward in a transcendent and sweeping gesture of faith.

As one Catholic News Agency reporter stated concerning last year’s Met Gala titled Heavenly Bodies: Fashion and the Catholic Imagination, the Church is the “haute couture of religion.” A mega-church in Paris, Texas, with its Starbucks and widescreen televisions suspended ever so conspicuously from its cold and impersonal auditorium walls, simply cannot inspire the type of awe and reverence that the Catholic church has inspired over the centuries.

I will end with a quote from Bishop Robert Barron, auxiliary bishop of Los Angeles, who summed up the crisis of faith the church is experiencing and posited its defense much more eloquently than I. He states:

She is worth fighting for.

Andrea Soccorsi is a member of St. Francis de Sales Parish in Morgantown where she assists with the RCIA program and serves as a hospitality minister.

Nuclear war is avoidable, as humankind has proven since 1945 — but a confrontation between the West Virginia ...

First it was just one vehicle. Then another passed me by. Both of these vehicles, in the early morning hours, ...

Upfront, I’ll admit that I’m a history nerd. It’s the subject I loved the most in high school and college. ...

After 13 years, Cameron’s Blue and Gold Christian Center moved into a new location a year ago, with the change ...

West Virginia’s eastern mountains are our secret economic development weapon. A strip of 10 to 12 counties ...

For better or worse — mostly for worse during the past year and a half — the Diocese of Wheeling-Charleston has ...