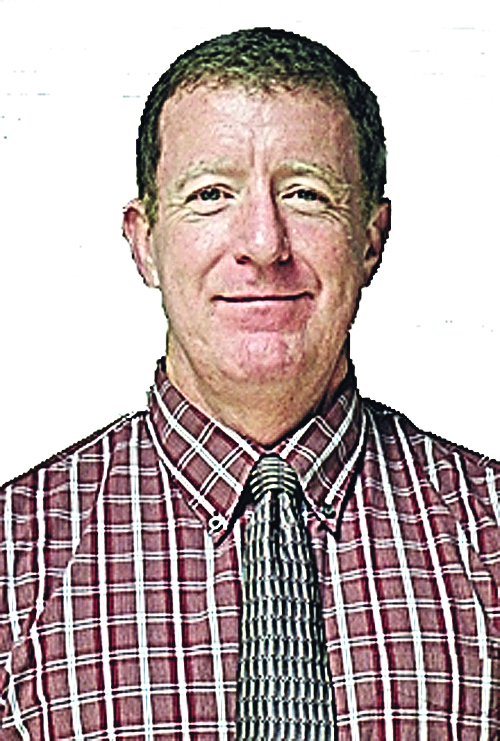 That point was hammered home when more than 40 of his former Hilltopper players came back to the Route 88 institution to pay homage in a memorial tribute for the coaching legend Saturday morning.

Grall, who died this past January, was the ultra-successful head swimming coach for the ‘Toppers while also being a highly regarded defensive coordinator in football. His two-sport coaching prowess propelled him into the West Liberty Hall of Fame in 1990.

Saturday’s ceremony was the brainchild of Michael Meyers, an All-American swimmer for Grall at West Liberty in the early 1970s.

“Coach Grall was one of a kind. He made you feel special from the first time you met him,” Meyers said. “He was a coach who could get the best out of everybody.

“He meant the world to me. He was like no one else. When he died in January many of his former athletes did not have a chance to pay their proper tribute. (Saturday’s) turnout is impressive.”

Grall coached just five years at West Liberty. He, however, packed a tremendous amount of success in that short tenure.

His 1973 team posted an undefeated season, finished second in the NAIA national championships, placed 11 swimmers on the NAIA All-American team and dominated the 26-member All-Conference squad by placing an incredible 24 swimmers on the team.

Grall produced 30 All-American swimmers at West Liberty. Many of those stars were in attendance Saturday, trekking from distant places such as California, Missouri and North Carolina. Meyers now resides in the Pittsburgh area.

“When he walked into the room, he owned it,” Watson said.

“He is one the the finest individuals I ever met.

“He is the reason I ended up at West Liberty. I was finishing up school and we crossed paths in Springfield, Mass. He asked me what I planned to do after schooling. I told him I was going to Maine and be a lumberjack with a good friend,” he added. “Coach said, ‘are you crazy?. My teams at West Liberty need a trainer. You need to come to West Liberty and help my teams.’ I did just that and stayed a long time here.”

Grall’s greatness wasn’t confined to the swimming pool. He also served as the Hilltoppers’ defensive coordinator, and did so in championship fashion.

Many in attendance Saturday were former Hilltopper football players, including Bellaire’s Gay Lucci and Greg Harris and Wheeling’s Jim Brinkman. Also present was Randy Little, the first West Liberty gridder ever to get drafted by the NFL. He was tabbed by the Steelers.

The ceremony concluded with the unveiling of a plaque, installed in the ASRC in full view of all those who enter the building. Some 39 individuals donated to make the plaque a reality.

In addition, a scholarship fund is being established in Grall’s name.

∫ March Madness has now been whittled down to the Final Four. I picked Kentucky at the outset to win it all. North Carolina is now the team to beat.

∫ Jerrod Calhoun did a marvelous job of elevating the Fairmont State men’s basketball program. So much so, it earned him the same position at Youngstown State. He will make much more money but suffer many more losses with the Penguins. Calhoun carved out an impressive 124-38 record with the Falcons.

∫ The Inaugural WV Elite Hoop Tri-State Challenge will be held April 20-23 at Linsly School. Age groups are: Grades 2-3; 4,5,6,7,8 and 9. It is hoped to have eight teams in each boys and girls division. All teams are guaranteed three games and awards will be presented to champions in each division. Entry fee is $150. For more information, call 740-340-7078.