Senior making the move to left tackle for Mountaineers 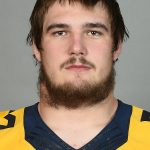 MORGANTOWN — Colton McKivitz is one of the most veteran players on the West Virginia football roster.

The fifth-year senior has already made 35 career starts along the Mountaineers offensive line.

Despite that type of on-field experience, McKivitz said spring football, which concluded last weekend with the annual Blue and Gold Game, had a “different feel” for him this year.

And there are multiple reasons for that, too.

First and foremost, McKivitz is learning an entirely new position. With Yodny Cajuste entering his name into the NFL Draft, the new Mountaineers coaching staff shifted McKivitz from his traditional home at right tackle to the left tackle spot.

“This spring was more about learning than just going out and playing,” McKivitz said. “I spent most of the spring trying to become more and more acclimated on the left side. I need to continue to fine tune things to be ready to be on that side instead of the right.”

McKivitz admitted that he expected to make that move once Cajuste announced his intentions to leave school early, but with Neal Brown taking over in December after Dana Holgorsen departed for Houston, he really didn’t know how it would play out.

“I wanted to step into that (left tackle) role,” McKivitz said. “I feel like I am in a good spot now. I feel pretty good about how spring ball went and how the transition (to the left side) has gone. I am never satisfied, of course.”

McKivitz, like Cajuste, had a decision of his own to make during the offseason. He opted to forego the NFL to return to Morgantown to finish his degree in wildlife and fisheries and continue to hone his craft. Having a season at left tackle under his belt should only make him even more attractive to NFL scouts for the 2020 draft.

“Everyone wants to get to the NFL and knowing that I’d be able to play basically any position (on the line) is big, but left tackle is a staple in the league because it’s the position where the most athletic or best linemen play,” McKivitz said. “My goal is to get to that point. I am at that position (now), but it’s about working and continuing to get better.”

On top of the new position, McKivitz — and all of the returning Mountaineera players — had to adjust to Brown and the aforementioned new coaching staff. So far, so good, according to McKivitz, who was named the Spring MVP on the offensive side of the ball.

“Every staff is different and each (head coach) has different techniques and styles,” McKivitz said. “Obviously, we met them all when they got here, but you still don’t know how they’re going to coach until you actually get on the field. They’re all great coaches and the spring went well from that transition standpoint. The younger guys really enjoyed how they were being coached. The new coaches have definitely helped me to improve my game.”

The Mountaineers were hit hard by a combination of graduation and early entries to the NFL. All told, they lost 15 players who made at least one start. McKivitz’s 35 career starts is by far the most on the team. Meadowbrook grad Josh Sills ranks second with 21 career starts.

“The whole team is pretty young, so Josh and I definitely have to be the leaders, especially of the linemen group,” McKivitz said. “I think we’ll have a good line, but there’s always room for improvement.”

McKivitz’s work ethic has been recognized by the new coaching staff in the same manner it was recognized by the previous staff. He became the 13th player in WVU history to be a multiple-time recipient of the Iron Mountaineer Award, presented to the most outstanding performers in the offseason strength and conditioning program.

“(This year) means just as much as the first one,” McKivitz said. “To be one of only 13 guys to receive the award at least twice is an honor and a big accomplishment. It’s just a great feeling to be recognized by the (new) staff and your teammates. It’s nice to know that your teammates trust you and believe in you and your abilities.”

There hasn’t been any announcement for the 2019 Mountaineer captains, but McKivitz didn’t hesitate when asked about his goal of earning that honor.

“That’s definitely a goal,” McKivitz said. “Becoming a captain and a leader of this team was one of the main reasons I decided to come back (to school).”

McKivitz, who is a multiple-time All-Big 12 academic honoree, will graduate next month with his degree. He will wrap up classes in a few weeks and walk through commencement at the WVU Coliseum. After a short break, he will return to Morgantown in mid May when summer classes begin and training for the 2019 opener against James Madison on Aug. 31.

“It’s all part of the process,” McKivitz said. “We get some time to relax for a bit, but we’ll get back to work soon. It’s hard to believe that training camp is just a few months away.”