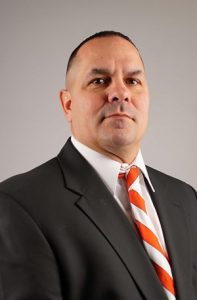 The North Carolina State defensive co-coordinator who spent 13 seasons on the Mountaineers’ staff now is trying to beat many of the same players who lobbied for him to be their new head coach.

Their reunion comes Saturday when the Wolfpack (2-0) visit West Virginia (1-1).

“Unfortunately, (getting the West Virginia job) didn’t happen, but there are a lot of kids there that I care about, that I recruited, that I coached, and so that’s the emotional side of that,” Gibson said. “But the football and competitive side, I want to win no matter who we’re playing, where we’re playing, no matter what time we’re playing.”

Gibson insisted he “can’t get caught up in the emotion of going home” and is instead treating it like “just another game at this point,” and his ex-players are taking a similar approach.

“I just appreciate him giving me that opportunity to come play D-I football,” West Virginia linebacker Zach Sandwisch said. “Obviously I still like him as a man, as a coach, everything like that. He’s a good guy. But I’m here. He’s there. He’s our opponent this week and so that’s how we’re attacking it.”

But there’s no question this road trip carries special significance for Gibson.

The native of Van (pop. 211) who played at Glenville State in the 1990s served two stints on West Virginia’s staff, leaving for Michigan with Rich Rodriguez in 2007 before returning in 2013 and then spending five years later coordinating the defense — not exactly an easy job in the high-scoring Big 12.

Gibson interviewed for the job but Troy’s Neal Brown was hired. When he was not retained, he landed at N.C. State and added another subplot to this pre-arranged nonconference matchup.

“I’m sure this game will mean a lot to him, being a West Virginia native and coming back,” Brown said, “but once the ball is snapped, I’m not sure if any of that matters.”

He insists there are no hard feelings and doesn’t want this game to turn into a referendum on West Virginia’s decision.

“Obviously, they made a great choice with Neal and he’s a great football coach, and he has experience — he turned Troy around and won a lot of games,” he said. “So he’s a heck of a coach and I know we’ll get their best shot.”

The question is whether the rebuilding Mountaineers’ best shot will be good enough against the Wolfpack.

West Virginia has been completely unable to run the ball through two games, ranking 129th of 130 schools in the FBS with an average of 32 yards rushing. The Mountaineers were at minus-7 yards rushing at one point in the second half of the loss to Missouri and have yet to break off a single rush as long as 10 yards.

That could be a problem against an N.C. State defense that ranks fourth nationally, allowing 24.5 yards per game on the ground, and joins No. 14 Wisconsin as the only teams not to allow a touchdown this season.

Yes, those impressive stats have come against subpar competition — East Carolina and FCS school Western Carolina — but it is an indication that the Wolfpack seem to be adjusting well to their switch to Gibson’s 3-3-5 alignment after years of using four defensive linemen.

“What we have to do is, we have to play sound football and make sure that we keep doing what we need to do, and that’s stopping the run first and then being able to limit bit plays in the passing game and explosive plays,” Gibson said. “I’ve been a part of some rebuilds. It takes a while. And those guys, they’re good football coaches, they’ve got great schemes and their kids are going to catch on at some point. I just hope it’s not this week.”